Migrants returned to Venezuela under the Return to the Homeland Plan 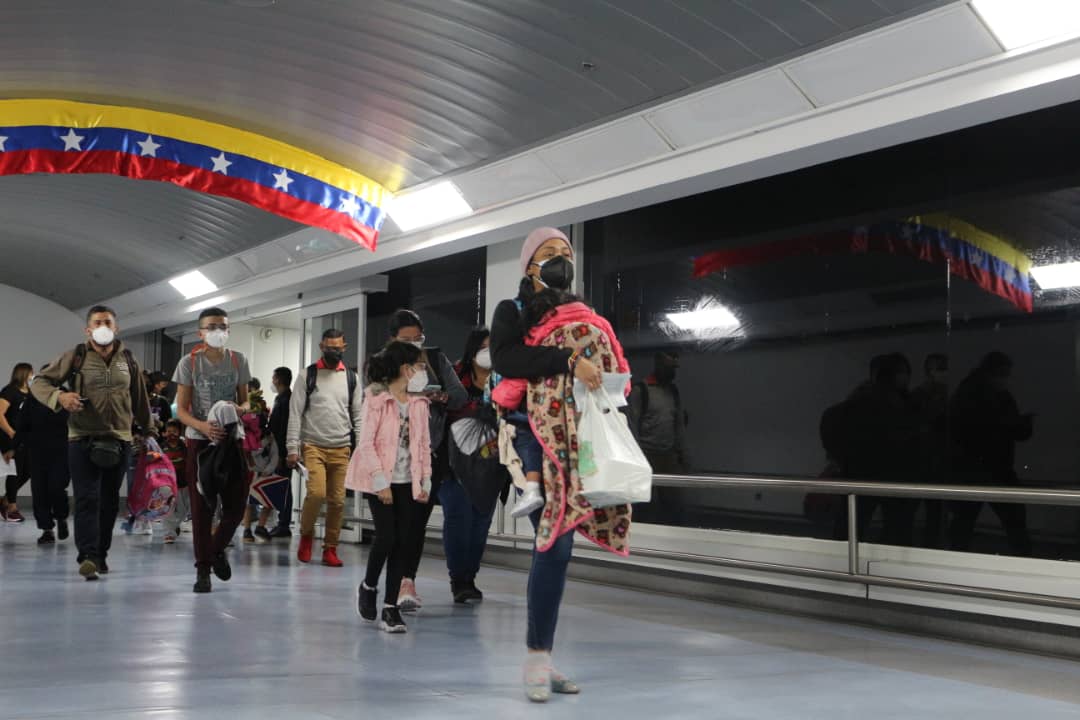 Migrants returned to Venezuela under the Return to the Homeland Plan

In statements to Venezuelan Television , the Vice Minister of Foreign Affairs for Latin America, Rander Peña, stated that this governmental program contemplates the logistics to ensure the return of Venezuelan nationals, it also includes a social reinsertion program.

He specified that every day the Venezuelan embassies in other countries of the region receive hundreds of requests from people interested in taking advantage of the repatriation plan; in Peru alone there are more than 62,000 Venezuelans who expressed their wish to return to their homeland, he assured.

Return to the Homeland shows the capacity of the Bolivarian Government to guarantee the return and reintegration into Venezuelan society of those who return”, the Vice Minister said .

The National Assembly of Venezuela addressed the need to create a law for the protection of Venezuelan migrants abroad, in the face of xenophobic manifestations and violation of human rights.

During this Thursday’s ordinary session, Deputy Julio Chavez presented before the Legislative the report of the special commission appointed to investigate crimes committed against the Venezuelan migrant population in several countries of the region.

According to the information presented by the congressman, only in Latin America there are more than 3,700,000 Venezuelan citizens who decided to emigrate, of which 1,800,000 are in Colombia.

The congressman pointed out the mechanisms of psychological warfare used against the country as part of the coup agenda of the extreme right wing, as one of the causes that induced an increase in Venezuelan migration in recent years, regardless of the underlying economic reasons.

In view of this scenario, Deputy Julio Chavez recommended the Legislative plenary to discuss laws related to the return of the Venezuelan population abroad, against xenophobia, for the attention to victims of human rights violations, a code of migratory rights and recommendations to counteract hate campaigns.

The Parliament approved the continuity of the work of the special commission to investigate crimes against Venezuelan migrants abroad, with the purpose of developing proposals for the benefit of Venezuelan nationals.

In this regard, the president of the National Assembly, Jorge Rodriguez, emphasized the importance of studying from the legislative power the causes of the migratory phenomenon in Venezuela, as a consequence of the economic war imposed on the South American nation.