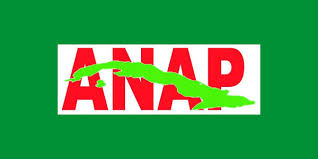 The president of ANAP, Rafael Santiesteban, explained that the activities seek to incorporate the Cuban peasant family into the productive social movement.

In this sense, he pointed out, the planting of various crops, the collection of agricultural products, the completion of social works in cooperatives and vulnerable communities will be carried out.

The minister specified that the anniversary of the ANAP will be held from May 7 to 17 and will include a range of activities such as the workshop of the agroecological movement that seeks to reduce the impact of the economic, financial and commercial fence and the coercive measures imposed by United States to Cuba.

Also, he added, the Honorary Title of Labor Hero will be awarded to producers for their outstanding career in grassroots organizations and a meeting will take place with the members of the Advanced Movement, regarding efficiency and good practices, he indicated.

Children and young people will be able to enjoy the event through circles of interest and pioneering campaigns throughout the Caribbean nation, he said.

Regarding the agricultural situation on the island, Santiesteban commented that work is being done to intensify the process of handing over land in usufruct, stimulate marketing systems in this sector and, together with the Ministry of Agriculture (Minag), development plans are being executed.

The head of the ANAP specified in the meeting that the celebrations for the anniversary of the organization began in October of last year and regarding them, 16 exchanges were carried out at the provincial level with 239 representatives of scientific institutions, universities and associations to stimulate science exchanges and innovation, among other activities.

At the event, the call for the International Meeting on Agroecology, Food Sovereignty, Nutritional Education and Cooperativism was launched, to be held from November 14 to 20, 2022.