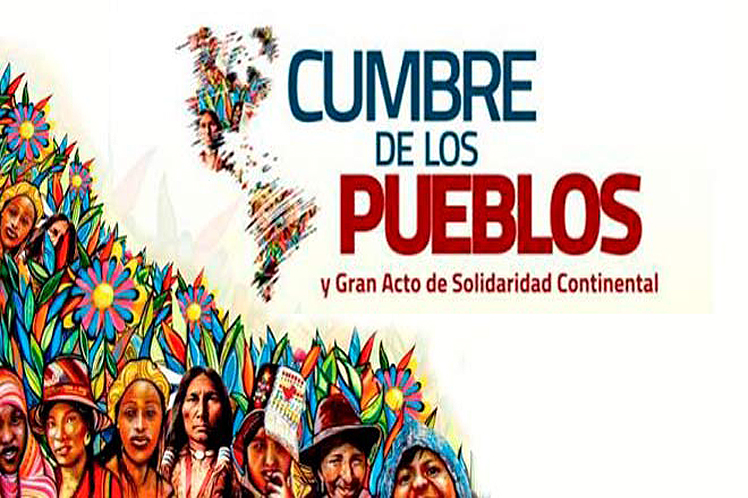 In this regard, journalist Jaime Flores applauded in El Periódico de Panama the holding of a parallel summit of the peoples, as an alternative to the Pentagon’s monologue, into which Washington intends to turn the meeting in Los Angeles, California, in June.

According to the scholar, the “imperial summit” is destined to continue subjugating the nations of Latin America and the Caribbean, especially those whose rulers permanently bow to the interests of the White House.

Flores also highlighted the reaction against this offensive exclusion, including Mexican President Andres Manuel Lopez Obrador, and the ambassador of Antigua and Barbuda to the US, Ronald Sanders, who noted that all 14 countries from the Caribbean Community would be absent in protest against this new action.

The analyst noted that the United States is the country where the human rights of Afro-descendants and Latinos are violated the most, and pointed out that that its foreign policy “is stained by invaded peoples, such as Panama, and bloodthirsty dictators imposed by them throughout the world.”

“Excluding Cuba from the Summit of the Americas represents a new attempt to bend the Cuban Government and people, who have been facing, with dignity, the US blockade and its warmongering actions for more than 60 years,” he remarked.

He underscored Cuba’s spirit of solidarity with other nations, even developed countries such as Italy, in sending medical brigades to fight the Covid-19 pandemic.

Cuba is a country that is advancing, despite the blockade, thanks to the spirit of unity and self-determination of its people, who have decided not to bow down, Flores added.

He noted that Cuba Antilles is the only country in Latin America that has developed effective vaccines against Covid-19, a work that has been acknowledged worldwide.