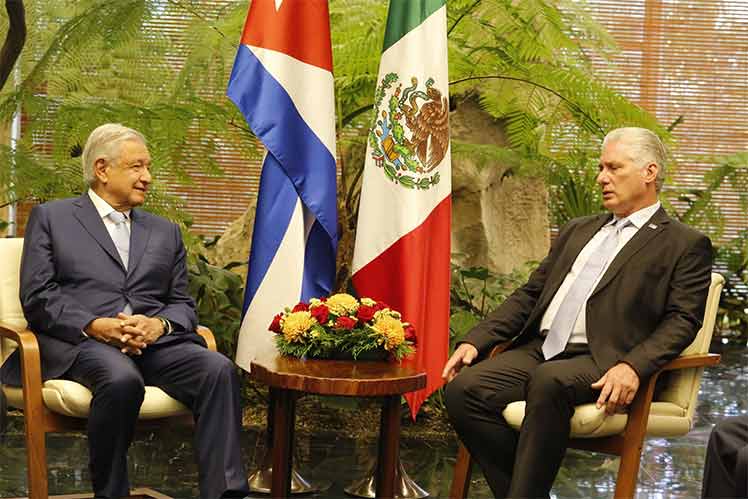 The Cuban head of State welcomed Lopez Obrador at the Palace of the Revolution, where the official talks will take place, and there, he personally greeted the members of the Mexican delegation. 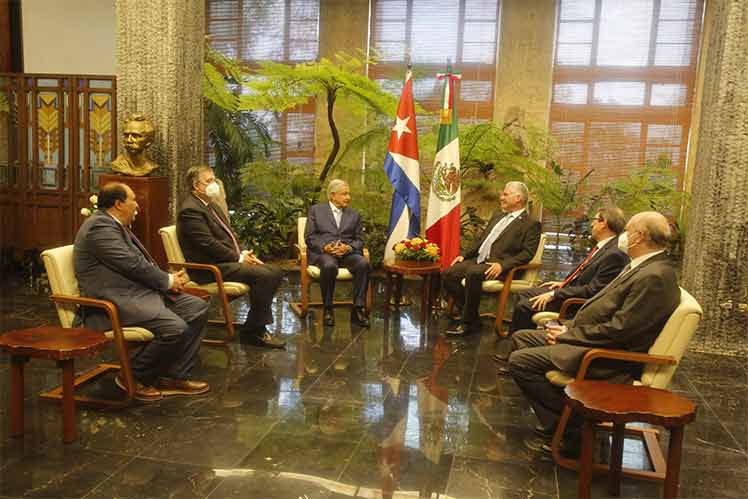 Earlier, the visiting leader laid a wreath at the marble sculpture of Cuba’s National Hero Jose Marti at the historic Revolution Square in Havana, accompanied by Vice President Salvador Valdes Mesa, representatives of the Cuban Ministry of Foreign Affairs and the diplomatic staff accredited in the country. 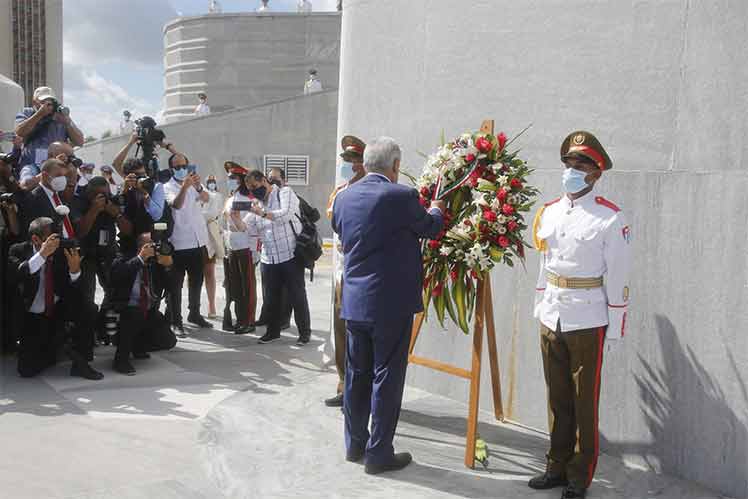 The working agenda also includes the official talks at the Palace of the Revolution and the signing of a series of agreements between the two Governments.

Following is a ceremony in which the Mexican head of State will be awarded the Jose Marti Order, the highest decoration conferred by the Cuban Government.

Lopez Obrador arrived in Havana on Saturday after 19:30 hours, local time, from Belize, and was received by Cuban Foreign Minister Bruno Rodríguez Parrilla at the air terminal.

On Saturday, President Diaz-Canel wrote on his Twitter account that this visit (of Lopez Obrador) “will strengthen the bonds of friendship between our countries, which are already close because they overcome time and challenges to settle in the soul of our peoples.”

These ties have been maintained for 120 years, as Mexico was the only Latin American country that did not break off relations with Cuba after the United States pressured the governments of the region to isolate the young Cuban Revolution.

Likewise, the Cuban authorities and people have been grateful for the call made by the Mexican president so that Washington lifts the economic, commercial and financial blockade maintained and reinforced for more than 62 years.

Recently, Mexico was the guest of honor at the 30th Havana International Book Fair, held from April 20 to 30, an event that allowed the Cubans to have a broader contact with the art, literature and intellectuals of that neighboring nation.