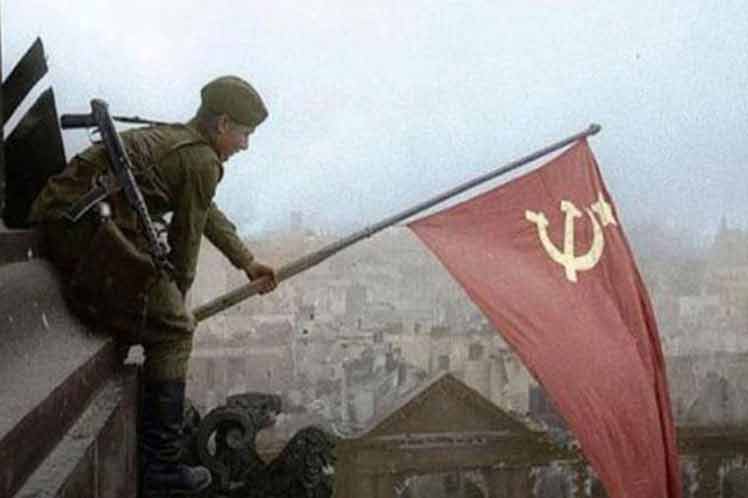 In his message, the Russian head of state stressed that on that date the country pays respectful tribute to the soldiers of the front and the workers of the rear who crushed Nazism at the cost of innumerable sacrifices and hardships, the Kremlin said.

“Today, the common duty is to prevent the revival of Nazism, which brought so much suffering to the people of different countries. It is necessary to preserve and transmit to posterity the truth about the events of the war years, the common spiritual values ​​and the traditions of fraternal friendship”, underlined the letter.

Putin expressed his wish that the new generations be worthy of the memory of their parents and grandparents.

In a part of the text dedicated to the heads of the DPR and RPL, Putin stressed that today Russian military, like their ancestors, “are fighting shoulder to shoulder for the liberation of their homeland from Nazism, confident that, as in 1945, victory will be ours”.

To the veterans of the Great Patriotic War (1941-1945) and citizens of Ukraine, the President of Russia reiterated that it is inadmissible to accept the revenge of the ideological heirs of those who were defeated by the Soviet army.

Addressing the leaders and citizens of other states, Putin conveyed words of sincere gratitude to the veterans of the front and rear, wishing them good health, prosperity and longevity.