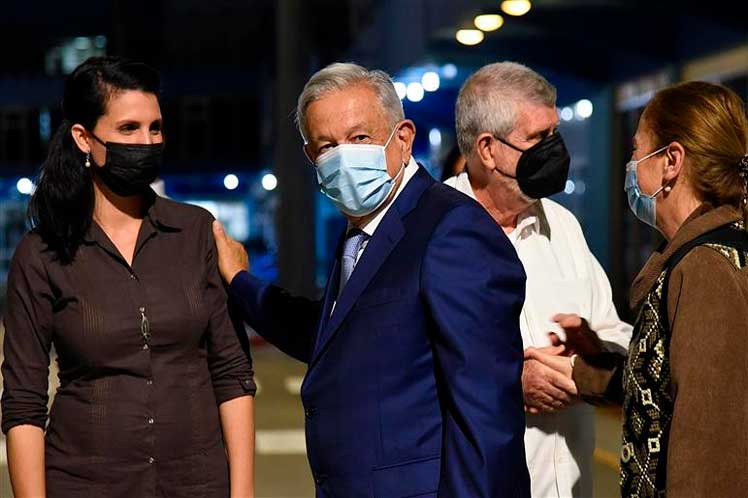 After an intense day of work, the Mexican president was bid farewell by his Cuban counterpart Miguel Diaz-Canel and Foreign Minister Bruno Rodriguez at the Jose Marti International Airport in Havana.

During his stay, Lopez Obrador laid a wreath at the Jose Marti Memorial in the Revolution Square in Havana and held official talks with the Cuban head of State, who thanked the Mexican nation for its historic support against the blockade imposed by the United States on the Caribbean nation. 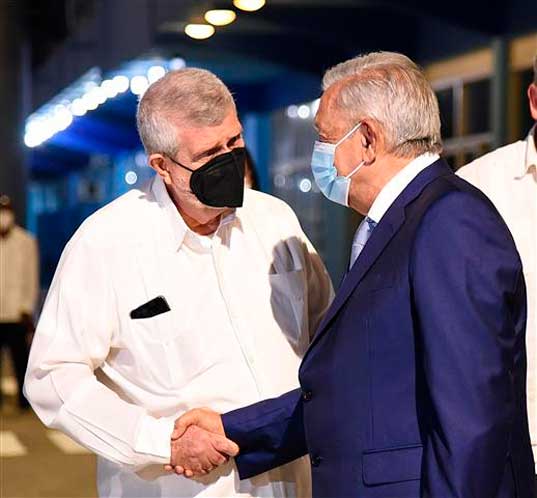 Both presidents also signed a bilateral agreement that represents the bonds of brotherhood between the two countries and will allow the intensification of labor exchanges in areas such as education, sports, culture and human resources training, among others.

They also ratified the two nations’ will to face the challenges imposed by the Covid-19 pandemic and other disasters or epidemics.

Regarding the Jose Marti Order, Lopez Obrador said he was proud to receive a recognition with the name of the most humane and sincere independence fighter of our America, he said.

Jose Marti belongs to Mexico and Cuba, he is a universal leader, the president said.

Lopez Obrador arrived in Cuba on Saturday after an official tour of Central America and the Caribbean, as part of the Government’s strategy aimed at deepening ties with the South.

The ties between Cuba and Mexico date from more than a century ago, and it is noteworthy that Mexico was the only Latin American nation that did not break off relations with the Caribbean country, after the United States pressured the governments of the region to isolate the young Cuban Revolution after the January 1, 1959 victory.