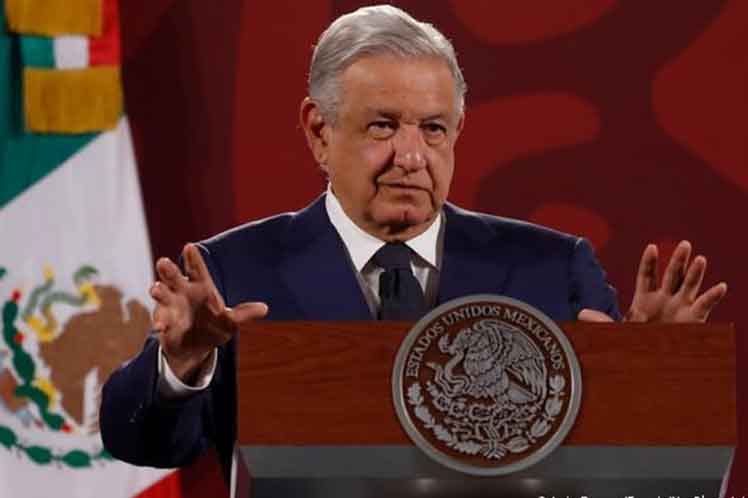 At his press briefing at the National Palace, he answered a journalist’s question on the matter and argued that he would do so because he does not want the same policy to continue in America; he wants to assert independence, sovereignty, to demonstrate for peace, not for confrontation, but to unite, to listen to each other and to solve confrontations.

No one, he repeated, has the right to exclude anyone, and recalled George Washington’s phrase that governments and nations should not take advantage of the misfortune of other peoples. He said that this is a summit of the Americas, but if not all Americans are present, if they are excluded, then could it be called the Summit of the Americas just because there is pressure from some groups?

I am sure, he said, that people in the United States want everyone to participate, and those who do not want to participate are minority groups that seek to continue taking advantage of factional positions, but they are not the United States, nor do they represent them, that is why we are going to take action together and seek unity in the face of the advance of other regions.

He recalled that in past summits everyone has been invited and now there is no reason to exclude anyone; on the contrary, I know that there are political groups in the United States that favor exclusion and confrontation.

They would like to hold the peoples of Latin America and the Caribbean hostage as in the case of the blockade of Cuba, which is promoted by Cuban politicians who have a lot of influence there.

I believe that this is something wrong and inhumane and I consider it vile to use a political strategy of this nature for political and electoral purposes.