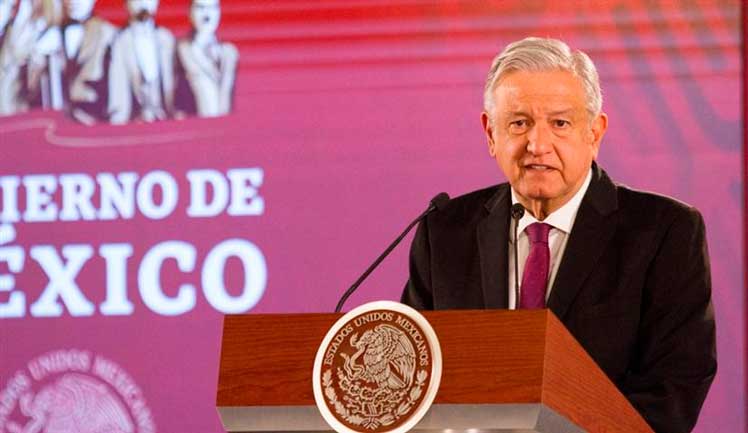 Mexico City, May 12 (Prensa Latina) What the U.S. government is doing with Cuba is genocide, denounced today the president of Mexico, Andres Manuel Lopez Obrador, when he insisted that the Summit of the Americas be inclusive.

Addressing the issue for the umpteenth time in his morning press conference at the National Palace, the president recalled the interventionist and aggressive policy of the United States in the Americas.

He cited how in 1847 they took from Mexico half of its territory, which today make up eight states of the Union, and asked how many times they disembarked their marines on the continent.

We assure that it is not correct to exclude any country from a Summit of the Americas, and that no one has the right to speak in the name of all of the Americas or to decide who participates.

We are independent, free, sovereign countries, we do not act under hegemonic mandates from foreign governments, we conduct ourselves in accordance with our historical processes which, in all cases, are embodied in the constitutions of the peoples, he said.

He mentioned the case of Mexico with Article 89, which gives it the responsibility of applying a foreign policy based on the principles of non-intervention, among others.

We want unity and brotherhood in America, no to the threat or use of force in international relations, yes to the legal equality of states, to international cooperation for development, to the protection of human rights and the struggle for peace.

He then invoked Jose Marti, Cuba’s National Hero, when referring to Our America, because we are human beings, we love each other very much, and we know the importance of Our America. That is the Latin American feeling, he concluded.