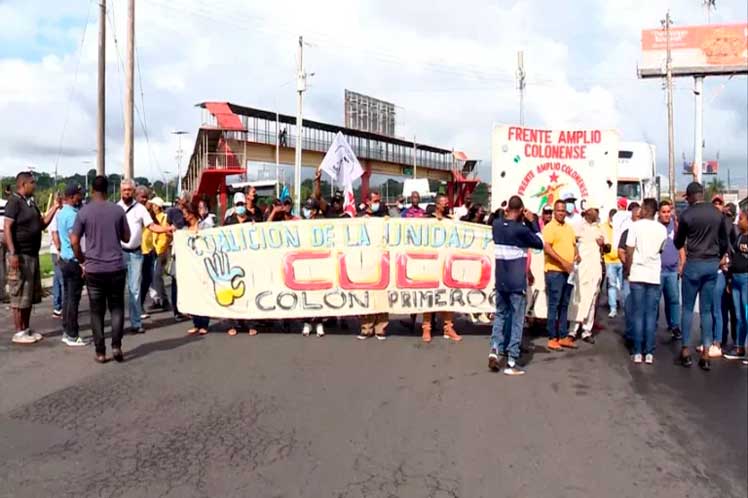 Leaders of the Coalition for the Unity of Colon (CUCO) such as Felipe Cabeza and Edgardo Voitier, told Prensa Latina that in the fourth day of strike in demand of works postponed for years such as the Manuel Amador Guerrero hospital, the president is expected to arrive this noon, as announced by one of his advisors.

Cabeza indicated that since early morning hours of this Thursday, a popular march is advancing which will cover seven kilometers from the Professional and Technical Institute of the Cativa district to the area of Cuatro Altos, downtown in the city, to reiterate denunciations to the Executive and to present the main demands.

The list of demands, he recalled, also includes the completion of a transport terminal, a stadium, improvements in education and housing infrastructure, as well as road sections.

We also demand to reduce the high prices of fuel and basic foodstuffs, and to attend to the high unemployment rates with new projects.

Meanwhile, in 16th Street, a group of people -all dressed in black and led by congressman Jairo Salazar, of the ruling Democratic Revolutionary Party (PRD) – closed the entrance and exit of the city of Colon.

The general strike began last Monday, and during the first three days, this demarcation has become the scene of road closures and violent confrontations between the demonstrators and the National Police units, resulting in injuries, some of them serious, and dozens of arrests.