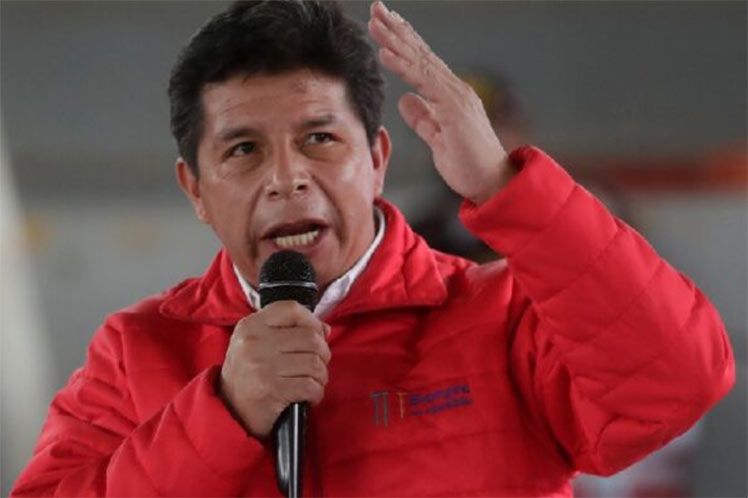 “I flatly reject malicious and spoiled attitudes,” Castillo said about the legislative session in which Prime Minister, Aníbal Torres, and the Ministers of Energy and Mines, Carlos Palacios, and Betssy Chávez, were questioned the day before.

In a public council of ministers held in the central Andean city of Pasco, the president also apologized to Latin America and to the world for the spectacle offered by offending parliamentarians, who slammed those questioned with harsh adjectives.

Castillo excluded most of the congressmen from the criticism, for being provincials who conduct themselves with respect and also feel uncomfortable about what happened, according to what he said.

He ratified his recognition and support for Prime Minister Torres, who was the one who received the most attacks and insults in a session, in which opposition elements called incapable, unintelligent, lacking in sanity and other adjectives said in stronger words.

“We have tolerated that up to this point, we have to put a stop to it, because those incapable people who left us a Peru destroyed in terms of education, health and infrastructure and prey to corruption cannot continue to insult freely just because they have some media outlets” , said.

Peru experienced this week an unusual marathon of four members of the Government questioned, including the head of the Interior, Alfonso Chávarry, who underwent the procedure last Thursday.

However, there is no request for censorship, which entails the obligation to resign, for Prime Minister Torres, paradoxically the most criticized, and whose resignation would extend to the entire ministerial cabinet, which, if repeated, will empower President Castillo to dissolve Congress.

Asked about possible fears of advancing to that extreme, the spokesman for Popular Force, a far-right party, Hernando Guerra, asked not to confuse caution with fear and considered that it is Castillo who should decide the change of Torres.