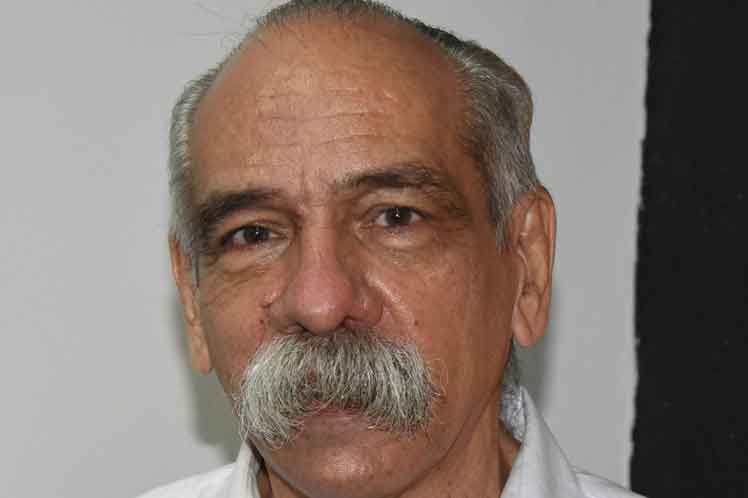 Havana, May 13 (Prensa Latina) Cuba showed strength in the face of the disaster caused by the explosion at the Saratoga hotel, said today Dr. Jorge González, a forensic expert with vast experience in such situations.

Prensa Latina interviewed him at the Convention Center in this capital, where he participates in his capacity as deputy on the day prior to the fifth extraordinary session of the current legislature of the National Assembly of People’s Power.

Popi, as many call him, recovers from an illness and today is the general director of teaching at the Ministry of Public Health. In his country and in other latitudes he is well known for his role as driver of the team that he searched for and found in Bolivia the remains of the members of the guerrilla of commander Ernesto Che Guevara.

I attended the Saratoga events like any other Cuban, shocked by the first news. But from a distance I could see the selfless and consecrated work both at the scene of the explosion and in the care of the injured, he says.

We have participated in other catastrophic events, but I do not remember anything like an explosion in a workplace, in this case a hotel facility, in which more than a hundred people were accidentally killed or injured.

The most difficult thing, he says, was rescuing the victims, both survivors and deceased. In my opinion, one of the most organized groups is the Fire Department, very professional, directed by engineers and staff with schools. One detail: even the way of parking the pump cars is part of a system. I think the same about the preparation of the rescuers, he says.

He underlines that the Saratoga adversity once again evidenced Cuba’s preparation for a contingency; “the organization, preparation, efficiency of our rescuers, firefighters, Red Cross, criminalistics, legal medicine and the Integrated System of Medical Emergencies”.

He mentions the first-hand intervention of the people. “It is inevitable that it happens because it can save lives and in Cuba, even if you establish order, people will always participate, an expression of solidarity in which, even without preparation, they risk their lives.”

He refers that after gaining control of the site there were immediate actions of all forces concerned and he acknowledged the information to the citizens.

It was systematically detailed, with the opinions of experts, leaders, the population, and journalists investigating and reporting on various aspects such as the progress of the rescue operation, the situation of the houses and adjacent buildings, the fate of their occupants and the care to those injured in hospitals.

He also acknowledged the speed in identifying those who lost their lives. In this regard, he recalls that before the Revolution, legal medicine here was empirical.

“In the 70s of the last century, the training of forensic specialists began in Cuba and we have managed to obtain training throughout the country with a good school and a whole tradition that also depends on the development of Law, criminalistics, and organs research”.

He explains about the culture reached in terms of coping with disasters and preparation from Medicine schools. I have been a thesis expert and there are always questions related to preparations for such circumstances and modules within the forensic specialization, including a master’s degree in the field.

The doctor in Forensic Sciences also commends the personnel in the anthropological field, the identification and hematology system, the study of DNA, medical genetics, the preparation for the use of existing high technology and the available facilities.

My interviewee has more than 45 years of experience and considers that few disaster events occur in Cuba. The most frequent, he points out, are related to transport accidents, both air and land.

But there are also events of political and historical significance, such as Operation Tribute, through which Cuba repatriated the bodies of more than two thousand internationalist combatants and collaborators from various countries: Angola, Ethiopia, Yemen, Algeria, Congo and Mozambique, which led to exhumation and forensic identification.

This was also the case with Che Guevara’s guerrilla companions in Bolivia, whose search for and return to the homeland involved various institutions and experts on the Caribbean island, which worships its martyrs and today mourns their dead in the tragedy of the Saratoga hotel.