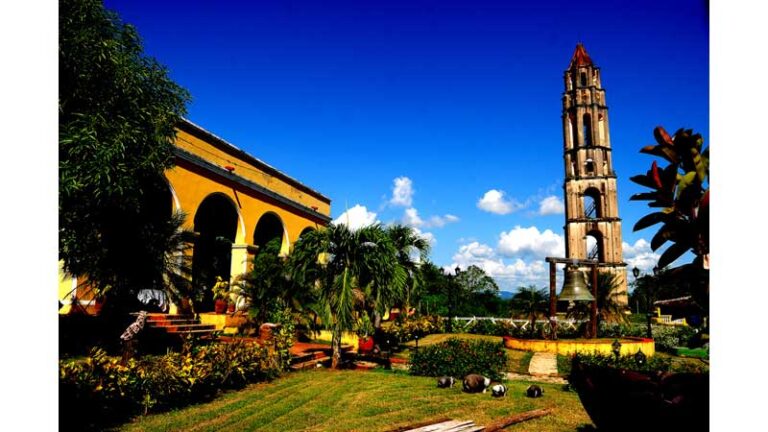 Sancti Spíritus, Cuba, May 13 (Prensa Latina) The tourist resorts of Trinidad and the Valley of the Ingenios, both Cultural Heritage of Humanity, are advancing in their development in this central province of Cuba, Reiner Rendón, delegate of the sector, assured today.

He explained to Prensa Latina that there is a high international demand for the conservation of its buildings, museums and cultural traditions, as well as the historical values the valley treasures, one of the largest producers of sugar cane in the colonial period.

After the paralysis of tourist activity due to the pandemic, two years in which investments and maintenance of the facilities were worked on, a rebirth is appreciated by both nationals and foreigners.

Rendón highlighted that the presence of foreign visitors in the third town founded by Spain in 1514 is progressively increasing, an average of about 900 tourist-days is reported, a figure that should exceed a thousand from the next stage of growth.

Currently, he said, work continues on the completion of the Meliá Trinidad Peninsula hotel with some 400 rooms of various types, the largest and most modern facility of its kind in Sancti Spíritus, under the administration of the Spanish chain Meliá Hotels International.

This large complex stands in the María Aguilar beach area, on the Ancón peninsula, where the Trinidad del Mar, Ancón and Costasur hotels are located, with 650 capacities.

For specialists, Trinidad is a cultural destination par excellence due to its wealth of traditions, music and theater with strong African roots, a legacy of the slaves brought by the Spanish in the 18th and 19th centuries to cultivate cane.

Meanwhile, the Topes de Collantes pole arouses the interest of visitors due to its richness in trails, springs and streams with beautiful waterfalls, intramontane valleys and unique flora and fauna in the center of the country.