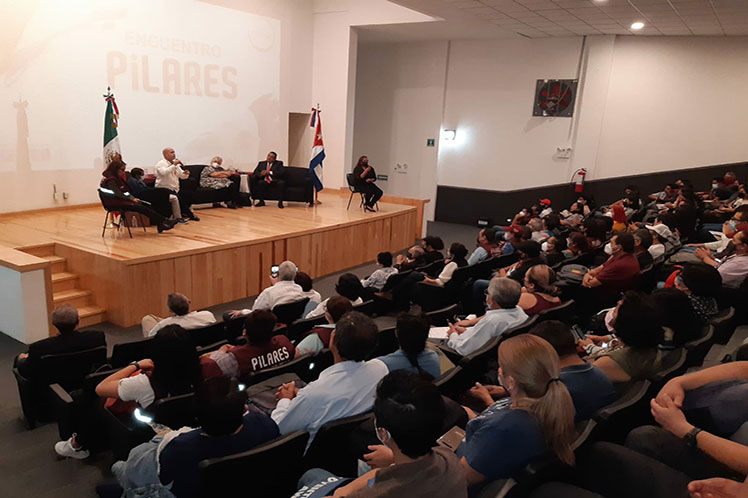 In a master conference at the Justo Sierra auditorium, in the historic center of Mexico City, the Cuban hero and the daughter of the Argentine-Cuban revolutionary spoke animatedly with dozens of Mexicans who gathered at that center as part of the 26th National Meeting of the Movement of Mexican Solidarity with Cuba in Xalapa, Veracruz.

Gerardo Hernández began and ended his conference by referring to President López Obrador’s recent visit to Cuba, in which he reiterated his position of support and friendship with the Cuban people, and thanked him for his not attending the Summit of the Americas in the United States if they excluded Cuba, Venezuela and Nicaragua. 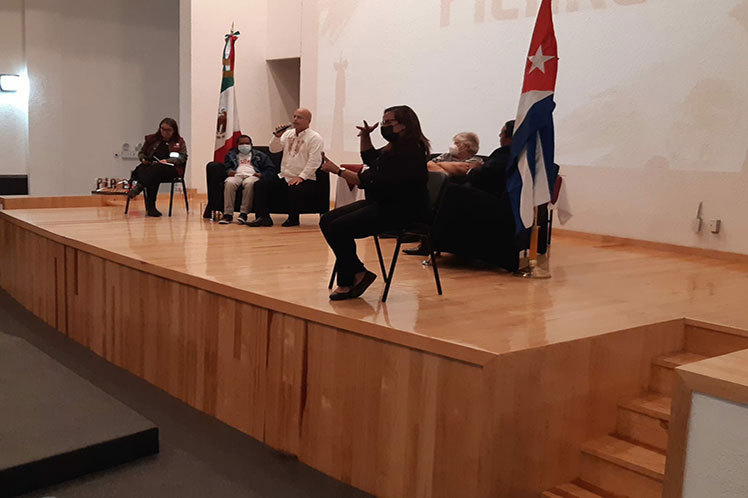 The member of the Five Prisoners of the Empire, as he is known, together with Antonio Guerrero, Fernando González, Ramón Labañino and René González, recounted at the request of the audience how the situation was in the years in which they were unjustly imprisoned in United States prisons.

But he immediately went on to Cuban news, explained the damage caused to his people by over 60 years of blockade, and described the work of the Defense Committees that he directs and the objective of recovering its founding dynamics.

Aleida also delved into the current situation in Cuba with an intensified blockade that has never ceased, and answered questions on various topics, especially vaccines against Covid-19, with an emphasis on children immunogens, in which Cuba is already a world pioneer after immunizing its population from two years of age.

The question arose because Mexico is now beginning to massively experiment with the vaccination of children from five years of age and lacks experience in this regard, since only those under 12 and older present some morbidity, have been vaccinated.

Che’s daughter reminded the audience that she is a pediatrician by profession and has directly participated in the entire vaccination process of that population, which has been a huge success and is the best proof that the vaccine is effective. She revealed she even thinks about vaccinating babies from 0 to 2 years old. 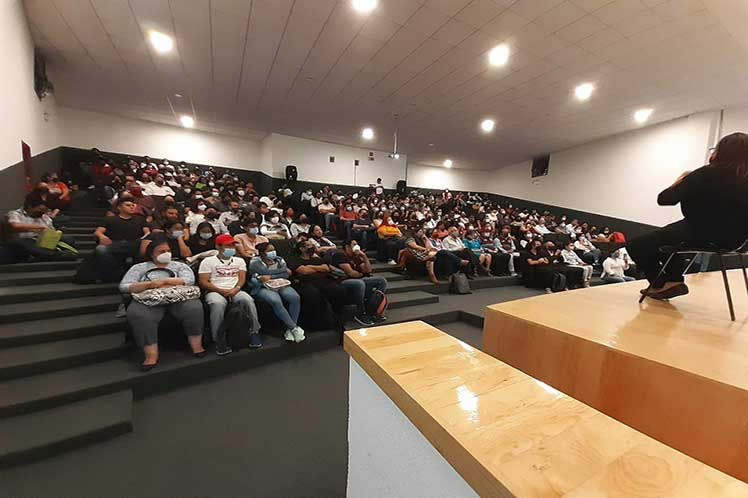 The national solidarity meeting will be inaugurated on Saturday in Xalapa with a welcoming ceremony for the delegations representing the country’s 31 states and Mexico City, and the work sessions will begin immediately with keynote speeches, greetings and review of topics.

On Sunday, work will be done in commissions where agreements will be made that will then be taken to the plenary session where the rapporteurships will be presented and what will be discussed will be approved in a Final Declaration.