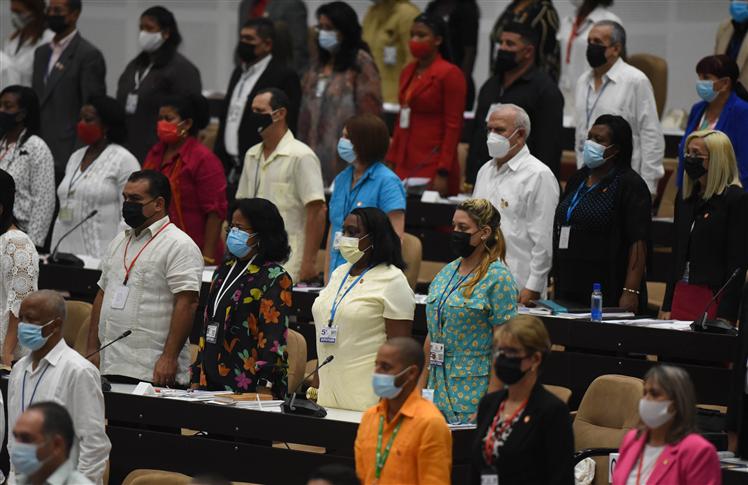 Lawmakers, including the President of the Republic, Miguel Diaz-Canel, observed a minute’s silence as an expression of grief and homage.

Parliament’s Speaker Esteban Lazo acknowledged the response of citizens, rescuers, firefighters, and conveyed the condolences on behalf of all deputies.

The National Assembly is holding until Monday 16 its 5th Extraordinary Session in which Cuban lawmakers are assessing, among other issues on their agenda, the implementation of the economic and social strategy in the post-Covid-19 pandemic.

A gas leak while the Saratoga was being served from a liquid gas tanker truck on the morning of Friday 6 caused a huge explosion that killed 46 and wounded 53, mostly hotel workers that were giving the final touches for its reopening that was scheduled for Tuesday 10.

Neighbors from a nearby residential building, students from a school close by and passersby are also among the victims.

Tens of thousands of Havanians turned out to participate at the vigil last night for the victims of the Hotel Saratoga tragedy.

President Miguel Diaz-Canel and other national and local authorities headed the vigil called for by the Young Communist League at Fraternity Park which is across the hotel under the motto “Always with us”.

Exactly at 21:00 hour local time the whole country observed a minute’s silence to pay homage to all the victims. Just the soft tune of a violin was heard during the violin.

People brought candles and flowers, and solemnly and orderly put them at a site where wooden placards with photos of the dead were placed on the avenue in front of the hotel. Relatives and friends of the victims were also present.