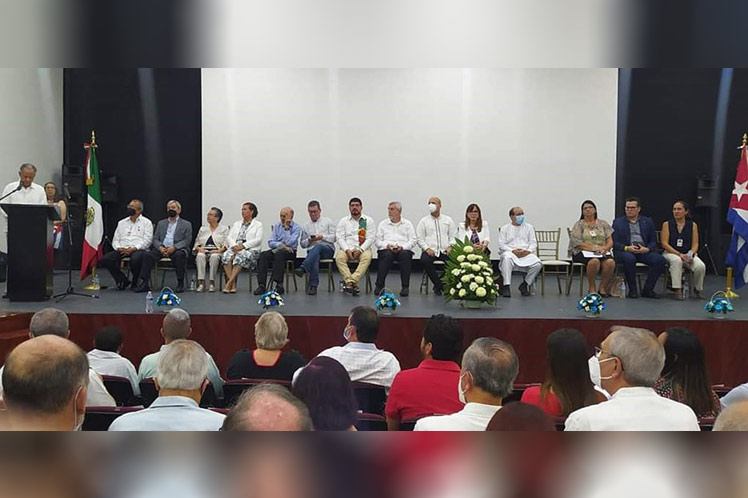 The event is sponsored by the Mexican Solidarity Movement and the support of other related institutions, unions, and personalities from civil society and has as its special guests Gerardo Hernandez, national hero of Cuba, and Aleida Guevara March, daughter of Ernesto “Che” Guevara.

Noemi Rabasa, first vice president of the Cuban Institute of Friendship with the Peoples, and Yusuam Palacios Ortega, president of the Martí Youth Movement of Cuba, as well as Cuban ambassador to Mexico, Marcos Rodríguez, are part of the official delegation.

The work sessions were divided into three work tables, addressing topics such as “National Coordination and Work Plan”, “Fight against the blockade: Communication strategies”, and “Participation of youth in solidarity with Cuba”.

The day concluded at night with another master conference: “Cultural War against Cuba”, whose speaker was Omar Valiño Cedre, Cuban theater critic, essayist, professor and editor.

A documentary dedicated to the manager of Fidel Castro’s expedition from Tuxpan, Veracruz, aboard the “Granma” yacht, will be screened this Sunday, the closing day. Subsequently, other conferences will be held, including “Youth in the continuity of the Cuban Revolution”.

Lastly, the agreements reached will be read and approved, as well as a Final Declaration of the National Meeting, as is traditional, which will give way to the closing ceremony.