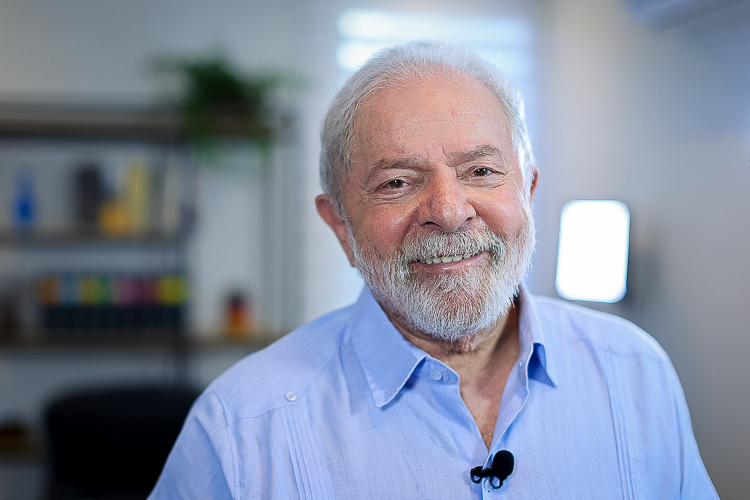 Brazilia, 15 may (Prensa Latina) Gifted with a pragmatic character and the energy of a 30 year old, as he always says, former President, LuizInácio Lula da Silva, 76, presented on May 7 in Sao Paulo his candidacy to Brazil’s presidency for the upcoming October 2 elections.

Although there are still three months for the electoral campaign’s official kick-off -August 16-, Lula and ultra-right wing President, JairBolsonaro, are already working, as fierce contenders, on the search for the country’s main position.

The founder of the Workers’ Party (PT) said that he wanted to return to power so that nobody dares challenge democracy again. And thus, he highlighted, fascismwill return to the sewer of history, from where it shouldn’thave ever come out, referring to the Bolsonaro administration.

“There is no force as strong as that of a people who knows how it can be happy again,” the former labor leader assured at the Expo Center Norte hall, where he also presented the movement Let’s Go Together for Brazil, which gathers seven political parties, unions and social groups with the common cause of defeating the head of state at the polling stations.

Lula once again reiterated his aspiration “to lead Brazil back to the future along the roads of sovereignty, development, social justice and inclusion, democracy and respect for the environment”.

Also in campaign mode, Bolsonaro, who is looking for a second term, recently tried to launch his candidacy in Brasília, but his new political organization, the Liberal Party, backed off and coordinated a moderate event, taking into account possible violations of electoral law.

As expected, the former Army captain proclaimed what is expected to be his campaign slogan: “We are involved in a struggle of good against evil”.

Among his weapons, besides blaming the Covid-19 pandemic for the economic disaster, he adopts social benefit programs in an attempt to increase his possibilities of winning, but faces negative numbers and lack of credibility.

It is for sure, according to analysts, that an extremely polarized campaign is foreseen, as a faithful picture of class struggle in the South American giant.

Political expertssay that the fight between Lula and Bolsonaro could be the unfinished battle of the 2018 elections, after former judge Sérgio Moro convicted the PT leader,without evidence, to pull him out of the race for the Planalto Palace (the Executive Power’s headquarters).

At that time, a court overturned the former president’s candidacy because he was sentenced for alleged acts of corruption; however, in March 2021, the Supreme Court annulled all his sentences and he recovered his political rights and the possibility of running.

Lula, with 40.6 percent of valid votes, appears with an evident advantage towards the next presidential race, according to a new poll.

The study by the National Transportation Confederation and the MDA Institute shows Bolsonaro in second place, with 32 percent.

According to the survey, the former president would win in a second round (October 30) against the former paratrooper by 14 points (50.8 percent against 36.8).

Brazil, the riches country in Latin America, will have a fierce electoral fight, whose outcome will possibly have repercussions beyond its borders, several people say.

Lula will address multiple issues during his visit to Uruguay

Lula will address multiple issues during his visit to Uruguay