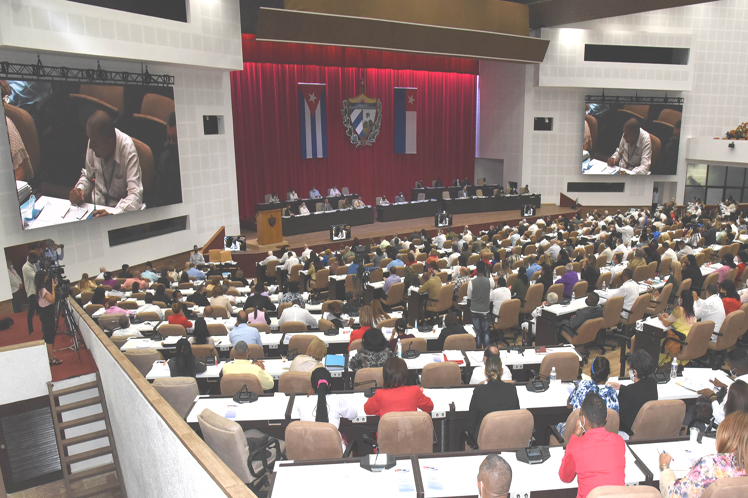 Havana, May 16 (Prensa Latina) Cuba took an important step forward in the recognition of copyright in digital fields with the approval today of a new regulation on the subject.

The legal regulation received the support of Cuban deputies attending the fifth extraordinary session of the National Assembly of People’s Power (parliament), which concludes today with the presence of the leader of the Revolution Raul Castro.

Among the novelties included in the law are the inclusion of rights over computer programs and applications and databases and aspects related to intellectual property in the field of creation in digital areas.

The legal text covers artistic, technical, scientific, educational and journalistic works, and includes guarantees for access by persons with disabilities, adjustments in the duration of the rights over the works and the possibility of collective management of these.

In addition, the new regulation, which was widely debated with experts, creators and academics, incorporates rights for performers similar to those of the author.

An opinion of the committees of Education, Culture, Science, Technology and Environment, and Constitutional and Legal Affairs, recognized that the law has a novel vision, it is in line with the new views on copyright at the international level.

The Minister of Culture Alpidio Alonso said that the legal norm responds to requests from creators regarding gaps in the regulation that was in force since 1977.

He added that because of the balance it achieves between rights and guarantees, it is a necessary instrument in view of the complexity of the current copyright scenario and incorporates the international treaties to which Cuba is a party.

He stressed that the new law requires greater responsibility and rigor in the dissemination of Cuban cultural products in cultural and recreational circuits.

Since last Saturday, Cuban parliamentarians have been developing a work agenda characterized by an intense legislative activity that included the approval of eight legal norms.