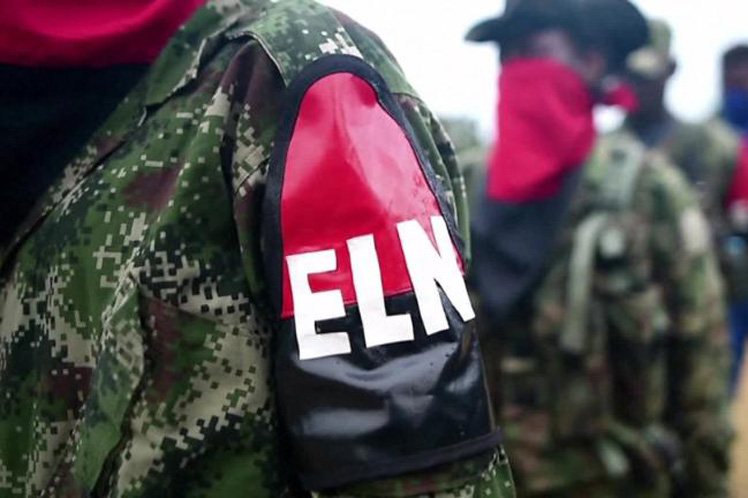 Likewise, he expressed his willingness to resume talks with the government of the president who is elected in the next elections on May 29.

“To work for peace, we must speak bluntly about the existence of an armed conflict of a political nature that has lasted more than seven decades,” he said in a statement.

“The people and the dispossessed got the worst of it; a conflict that managed to stop when the two parties, excluding the others, shared power, taking turns in government every four years and giving each party half of the bureaucratic positions,” he stressed.

The ELN assured that now peace is not about these compromises between the oligarchy, but about seeking alternatives for all Colombians.

He called for a dialogue to be opened where the majorities are allowed to be heard, the denied demands are addressed, and the necessary transformations that can make Colombia a truly democratic country are analyzed.

“The political solution is to make Colombia a dialoguing and inclusive society; it is about listening to each other and building solutions together,” he emphasized.

“The political struggle cannot be confused with the recurrent practice of the extermination of social and political fighters,” he stated in the text.

He pointed out that the issue of drug trafficking cannot continue to be dodged as it has been until now or continue to repeat the failures of using glyphosate and the repression against coca growers, while the big bosses continue to get rich.

In addition, that in said process fund exits are formulated; solutions, not pretexts to continue covering up this lucrative business, as necessary for the State.

Before knowing who could be the winning candidate, we dare to create a new political moment, creating a better environment for the next election day on May 29, he said.

Said ceasefire only covers the government’s Military and Police Forces; we reserve the right to defend ourselves if attacked, he concluded.