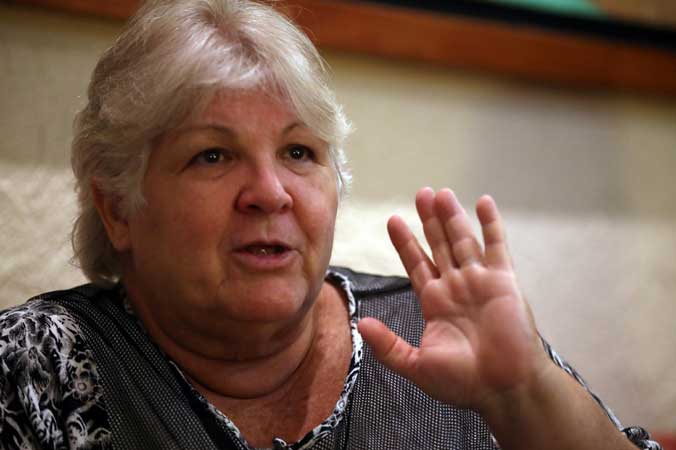 This was the opinion of Aleida Guevara March, daughter of Heroic Ernesto Che Guevara, in statements published in La Jornada newspaper on Monday.

She said that this moment is as important as the turning point that the region had with the arrival of left-wing governments more than a decade ago and, therefore, she urged to take up again the legacy of the great Latin American heroes: Jose Marti, Benito Juarez, Simon Bolivar, Fidel Castro, Che Guevara and women such as Sor Juana Ines de la Cruz, of whom she is a great admirer.

When asked about how she sees the path Mexico is taking with President Andres Manuel Lopez Obrador, she said that she is a great admirer of the Mexican leader.

She replied that the country still needs much more, it is a process that requires time and, above all, popular support, because one man alone cannot change a reality. If Mexico is able to continue moving forward, for us it will be a victory because it can help the people around it a lot, she said.

Regarding the position of the Mexican president in the face of the exclusionary policy of the United States in the convening of the Summit of the Americas, she considered it very brave of him to say that if Cuba, Venezuela and Nicaragua do not go, neither will he, because unfortunately Mexico depends a lot on the United States. That is the attitude that all Latin American peoples should have.

When asked whether at this moment it is possible to speak of a new Latin American revolution, Aleida Guevara said that she thinks so. We already had an important movement to the left in Latin America; we had a setback, it hit us very hard and the peoples saw the reality. Now we are in a new rebirth, she argued.

That is why increasing the work of Cuban doctors in Mexico will be very positive. I have had the privilege of working in the south of the country and in Nueva Italia, Uruapan and Paracho (Michoacan) and I have realized that there are real needs, she said.

She admitted that Mexico has a lot of doctors, but many of them work in private practices and that do not respond to people’s health care. Medicine cannot be business, it has to be public, it has to be available to all under equal conditions and that is still not the case.

“We have shown that it is possible to work in a different way, and that does not suit the medical associations, which in all Latin America are very reactionary because they are dedicated to making a profit. They don’t have patients, they have clients,” she said.

She wondered, “How can expensive vaccines be made when 80 percent of humanity has great economic difficulties? We have not learned our lesson, she replied.

In response to another question about whether we should turn more to Latin America and less to the United States, she recalled Che’s words when he said years ago:

The U.S. government, the empire, takes our resources from us, converts them into sophisticated products and then sells them back to us. Its wealth derives from the exploitation of our people.

She noted that it is very interesting what the Mexican Government is doing in rescuing a strategic mineral such as lithium so that the country can be its owner.

Aleida Guevara highlighted the solidarity of the Mexican people with Cuba.

“It is a unity of many years ago and we have become more and more united as people, nobody can break that. For us, governments come and go, the people are always the same and the Mexican people have never failed us.”

Mexico:45 archaeological zones found in the works of the Mayan Train

Mexico:45 archaeological zones found in the works of the Mayan Train