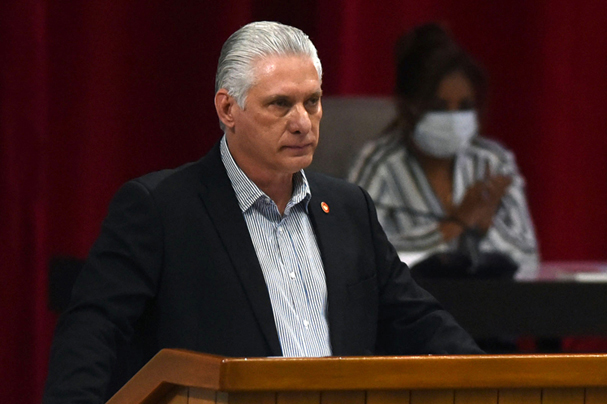 At the closure of the fifth extraordinary session of the 9th Legislature of the National Assembly of People’s Power (ANPP), after several days of work the parliament adopted important laws and advanced towards the adoption of a new Family Code.

The president’s first words were dedicated to recognizing the values ​​that he said his compatriots displayed in the face of the tragedy caused by an explosion at the Saratoga hotel in this capital, which occurred on May 6.

In this regard, he mentioned the citizens who immediately came to the aid of the victims, firefighters, rescuers, ambulance workers, blood donors, authorities, law enforcement, medical personnel, among many other actors and factors mobilized after the deflagration.

Mercenaries will never understand patriots, he exclaimed in the face of attempts from social networks to denigrate citizen and government actions in such difficult circumstances.

The head of state again rejected the exclusion of Cuba and other nations from the Summit of the Americas, convoked for the month of June in Los Angeles. He said the US government should have the ability and courage to listen to everyone, without evasion.

At the summit there will be no answer to the fundamental problems that afflict the peoples of Latin America and the Caribbean, he asserted.

He also denounced actions to provoke social unrest in the island through disinformation campaigns on technological platforms promoted from the Washington embassy in Havana.

He added that the northern power resorts to old tactics with modern techniques to create a climate of citizen insecurity here, which was very evident in the campaign to demobilize the celebration of May 1, but that day there was an overwhelming and massive response from the people to favor of the Revolution.

Díaz-Canel highlighted the strengthening of the country as a Socialist State of law with the approval of eight new laws in the ANPP, which grant legitimacy to the political system and strengthen citizen rights.

He referred that the holding of popular consultations and referendums, first with the 2019 Constitution and with the Family Code, denote that the legislative exercise is part of the participatory process that seeks legitimacy and consensus.

In another part of his speech, he expressed that the country is committed to innovative measures to move its economy forward in an adverse global scenario.

He ratified that confronting inflation, the recovery of the Cuban peso, the stability of the national electricity system, attention to people and communities in vulnerable situations, municipal autonomy and the development of the state companies continue as priorities.