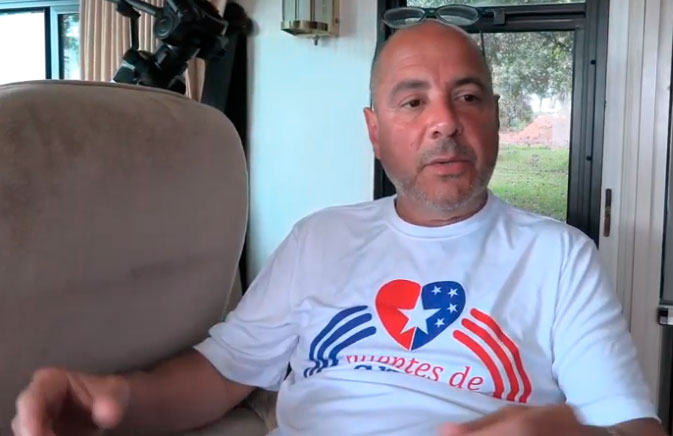 The Cuban-American activist, who resides in Seattle, told Prensa Latina that he felt “moderately happy” with the announcement on Monday of some measures regarding Cuba, although it will be necessary to wait “to see how the new provisions will be implemented.”

The Biden administration reported that it will relax some restrictions from the Donald Trump era (2017-2021), although in essence it does not mean a modification of the unilateral blockade imposed by successive US administrations on Cuba for more than six decades.

Lazo described as positive the decision, which comes almost a year and four months after Biden’s presidential inauguration, and commented that it could be the beginning of the path towards “the normalization of relations” between both countries. He recalled that the measures announced generally endorse the requests of the Bridges of Love, since during all this time they have been advocating for the reestablishment of flights to Cuban provinces, freedom of travel and the reopening of consular services at the US Embassy in Havana.

They also demanded the resumption of remittances and the family reunification program, which was suspended by President Donald Trump during a term characterized by hostility toward Cuba and the tightening of the blockade.

In order to draw attention to these demands and the demand that Biden fulfill his campaign promises, the members of Bridges of Love staged an unprecedented walk of more than 2,000 kilometers between Miami and Washington D.C. last year.

The professor, who has lived here for more than twenty years, also expressed his gratitude to those people and organizations around the world that have been part of this effort.

He also dedicated words of gratitude to all the countries that vote annually at the United Nations General Assembly to have the blockade lifted, to those who march every month in different parts of the world to end this genocidal policy, and to the “Cubans and Cuban-Americans who raised their voices even in Miami.”

But the greatest gratitude, he said, goes out “to the Cuban people for the importance of what they have done: withstanding, not getting down on their knees amid a pandemic (Covid-19) and cruel sanctions; creating five vaccine candidates; continuing helping other peoples around the world.

Lazo told “that noble people, that brave people that withstands” that “we will continue working for the lifting of the blockade and building bridges of love” between both countries.