Cuban results in human rights stand out in Argentina 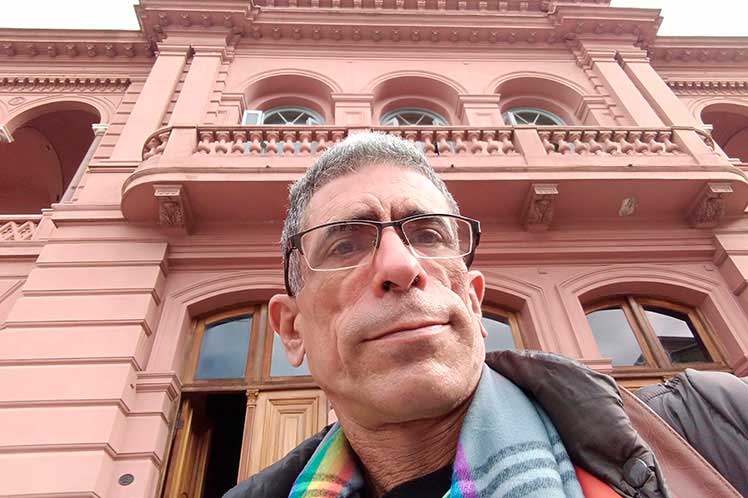 Cuban results in human rights stand out in Argentina

Rodríguez participated in the launch at the Casa Rosada of the Latin American Chapter of the Global Equality Caucus, a network of legislators, politicians and defenders of equality and inclusion of lesbians, gays, bisexuals, transsexuals, intersexuals and others (Lbgti+).

Cuba approved in 2019 one of the 10 constitutions in the world that prohibit discrimination based on sexual orientation and gender identity, the result of more than a decade of activism, political and scientific debates, and collective learning, led by the Communist Party, of which I am a member, Rodríguez pointed out.

The new Magna Carta also protects the right of every person to form a family, either through marriage or de facto affective union, without distinctions or exclusions, he added.

Likewise, he pointed out that the implementation of these statutes includes a review of all existing regulations and their adaptation to the new principles.

He also highlighted the participation of over six million Cubans in a popular consultation on the Family Code project, which proposes greater guarantees for all citizens.

Recently, the National Assembly of People’s Power approved several laws, including a new Penal Code that provides more severe sanctions for those who commit crimes motivated by homophobic and transphobic hate, which is considered an aggravating circumstance, he said.

Rodríguez affirmed there is still a long way to go and advocated the implementation of comprehensive sexuality education throughout Latin America.

In addition, he indicated that in Cuba, as in the region, there are some anti-rights forces that receive help from abroad.

On the other hand, he denounced the effects of the economic, commercial and financial blockade imposed by the United States on the island for more than six decades.

The Lbgti+ people of my country face, like all the people, said fence. All business, transactions or economic measures that society and the government try to recognized are watched and torpedoed by Washington, he said.

During the Covid-19 pandemic, the United States went to unprecedented lengths of brutality to try to literally leave us without oxygen, he said.