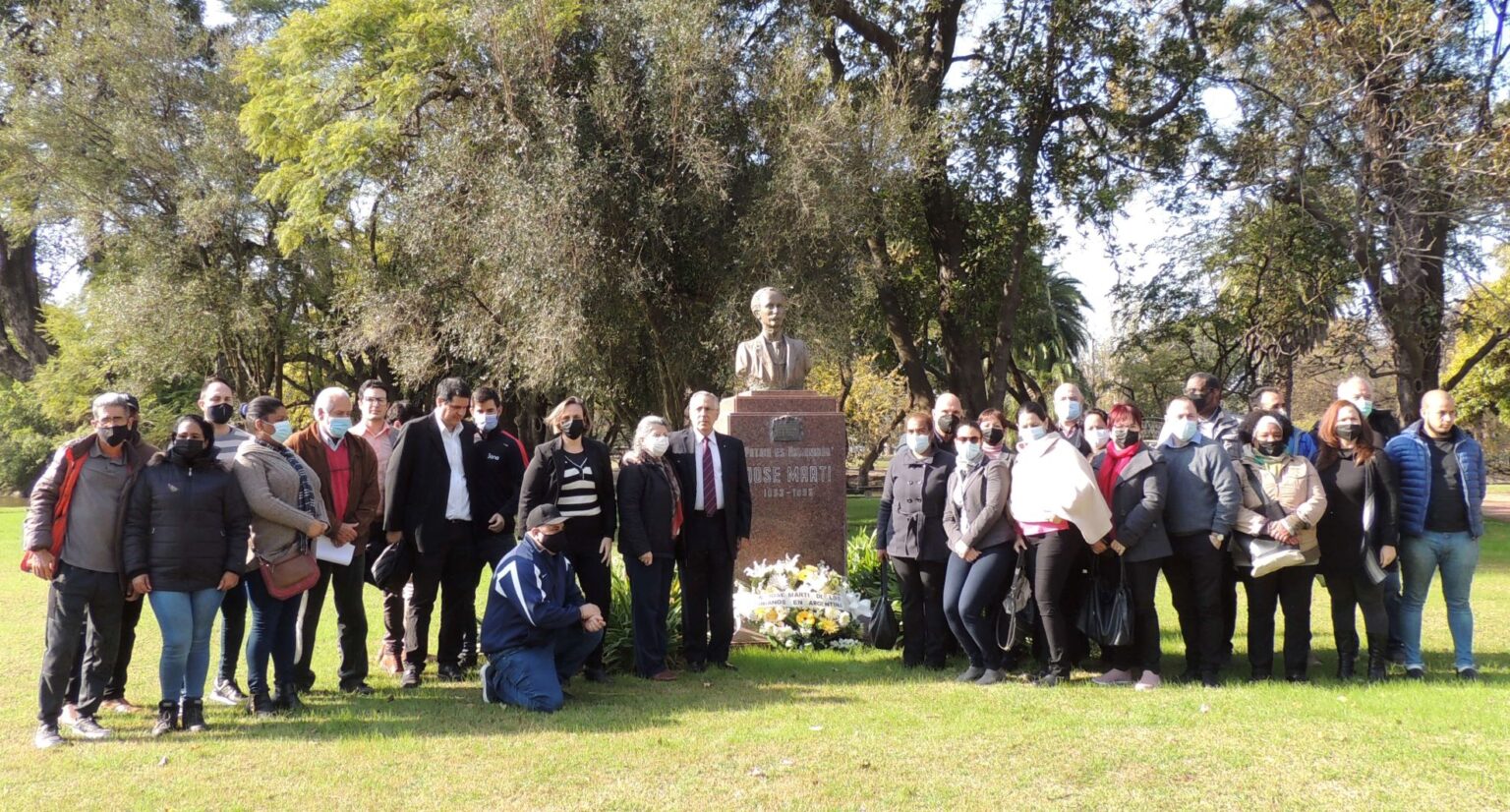 Members of the Argentine Movement of Solidarity (MasCuba), the Network of Martian Chairs, the Union of Cuban Residents (URCA), the Association of Graduates on the island and the diplomatic mission of the largest of the Antilles placed a floral offering before the bust of the Cuban patriot in the Garden of the poets of Paseo del Rosedal.

During the act, Cuban ambassador Pedro Pablo Prada assured that Martí “became the Apostle of Our America by the force of his word, the conviction of his ideas, the clarity with which he interpreted his time, and his life sacrificed for the freedom of Cuba”.

Today we celebrate his immortality, the validity of his thought in the work of several generations of Cubans who for more than 150 years fought for independence, sovereignty, full dignity and the founding of a Republic with all and for the good of everyone, he noted.

It is a great pride to be able to swear, before his image, fidelity to his ideas, the defense of that Revolution of which he is the intellectual author and the absolute certainty of the triumph and heroic resistance of our people, he added.

For his part, Adonis Torres, from the URCA, affirmed that Martí lives in every Cuban who loves and defends his homeland.

We pay tribute to the teacher, who left us an immense legacy and an example of anti-imperialist struggle, he said.

In turn, the representative of MasCuba, Alberto Mas, recalled that it was Martí who alerted the world to the imperial policy of the United States and showed that unity is the source of the triumph of the peoples.

His thought is in all the struggles for the liberation of Our America, our Great Homeland. It is the star that, from Cuba, shows us the way, he asserted. Likewise, he highlighted the ties that unite the Cuban hero with Argentina, whom he represented as consul in the United States from 1890 to 1891.

Martí began a path that intertwines our countries, of solidarity and mutual love. As President Miguel Díaz-Canel said during his visit to this nation in 2019: There is no force in this world that can separate Cuba and Argentina, he concluded.