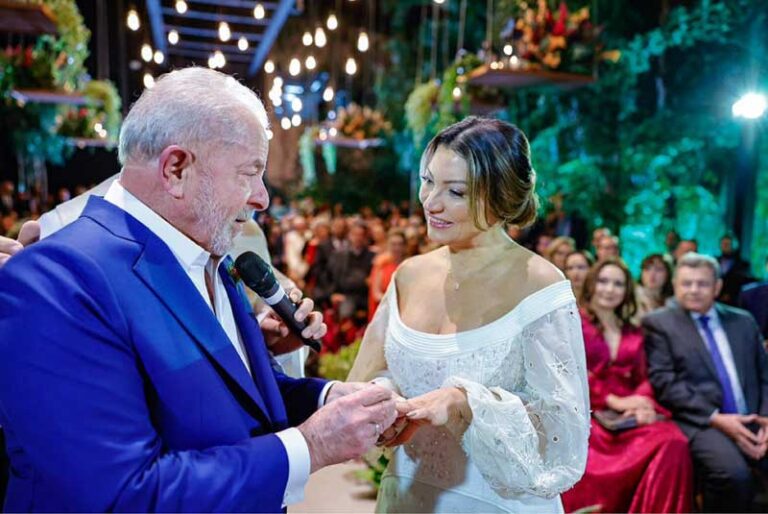 The founder of the Workers’ Party (PT) and Janja married yesterday in Sao Paulo, in a private ceremony before some 150 friends and relatives.

A widower on two occasions, Lula announced in speeches and interviews in recent months that he would make his union with Janja, 55, official.

I decided to remarry because I believe that Brazil has a way, he declared on one occasion.

“He who is 76 years old and is in love like me, wanting to get married, can only want good for this country,” he stressed.

Despite the reserved nature of the marriage, some moments of the arrival of the guests at the event were broadcast through social networks.

The ceremony was led by Bishop Dom Angélico Sândalo Bernardino, an old friend of the former lathe operator.

Janja is a sociologist trained at the Federal University of Paraná and a PT activist since 1983. Their relationship came to light in 2019, during the arrest of the former union leader by the Federal Police of Curitiba, capital of the southern state of Paraná, for alleged acts of corruption.

The former labor leader was imprisoned a year earlier by then-judge Sérgio Moro, who was later Minister of Justice in the government of Jair Bolsonaro and declared biased by the Brazilian courts and the UN during his actions against Lula.

As a result of the wedding, the PT indicated in a statement that “in a Brazil harassed by hatred, lack of respect, intrigue, expressing love is an act of courage, a necessary act for the country. Congratulations to our president Lula and our dear Janja!”

Brazil will once again be the country of love and hope, assured the political organization.

To date, Lula, the PT’s presidential candidate, leads all the opinion polls heading into the October elections, in which Bolsonaro will seek to be re-elected.