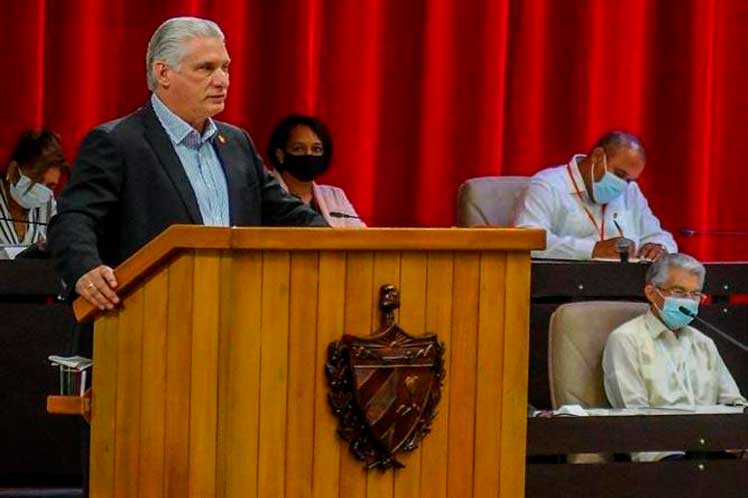 The actions in question are taken in pursuit of the greatest possible equity, as the only way to face the tightening of the United States economic blockade and difficulties such as the rise in fuel and food prices, he expanded on Monday, at the final session of the National People’s Power Assembly. The week that began with these statements was marked by the signing of an agreement to treat wastewater in the Caribbean, the progress of cooperation with India and the launch of important events for the country.

Authorities from Cuba and France made progress in the mission in Cuba of the Caribbean Cooperation project for Wastewater Treatment inspired by Natural Heritage (Caribsan).

Through workshops, tours and meetings held from May 16 to 20, they ratified the commitment to the exploration of artificial wetland systems or planted filters for wastewater treatment in the Caribbean region and specifically in Cuba.

On the other hand, the president of the Indian Economic Trade Organization, Asif Iqbal, and the head of the Cuban Chamber of Commerce, Antonio Carricarte, agreed on an action plan to strengthen mutual cooperation.

At the headquarters of the Cuban Chamber, both parties signed the document, which will be the roadmap to implement this year the main lines agreed last Monday in a memorandum of understanding.

In addition, the eastern region hosted the first edition of the Local Development Fair in the city of Holguín, where more than 80 stockholders from the economy in the territory and other provinces participated.

During this period, the upcoming celebration of two fundamental events for the economic and commercial development of the country was also announced.

The Food Industry Ministry put the finishing touches on the International Food, Beverage and Food Technology Fair (Alimentos Cuba 2.0), which will be held from May 24 to 26 in Havana and will help boost national production.