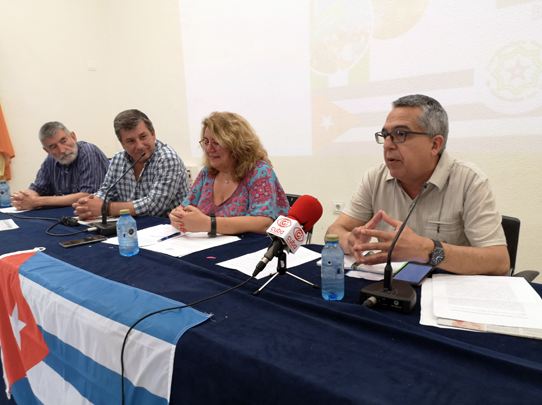 A comprehensive report forwarded to Prensa Latina by Jose Manzaneda, director of Cubainformación, disclosed that the 8th Meeting was held in Malaga with 70 delegates from 12 associations in attendance under the slogan “Andalusia against the blockade.” 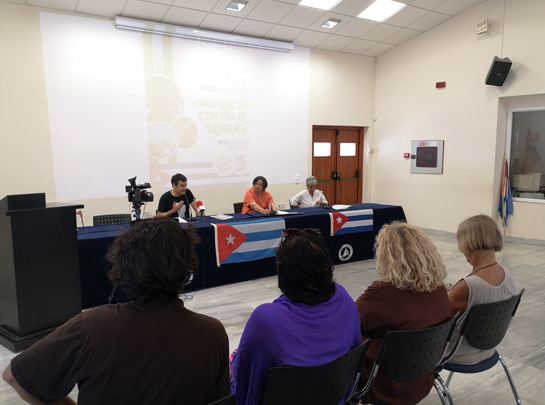 Convened by the Andalusian Solidarity with Cuba Coordinator in Benalmadena (Malaga), the meeting featured several debate pannels with the topics: “Over 60 Years of Blockade against Cuba,” with the participation of Cecilia Zamudio, a Colombian activist, and David Rodriguez, from the Jose Marti Valencian Friendship with Cuba Association.

Another topic was “Cuba, World Leader in Health Protection,” by Eleonora Villa, a Cuban scientist who resides in Granada, and Remedios Ramos, a Malaga’s Unidas Podemos councilwoman.

They also debated “Fidel’s Role in the Cuban Revolution. Fifth Anniversary of his Death,” by Jose Luis Centella, president of the Communist Party of Spain and Eva Sempere, Izquierda Unida’s head of the Federal Environment Area.

They also discussed “Cuba on the media,” by Ketty Castillo, a writer and journalist; Ana Jorge Alonso, Communication professor at the University of Malaga; and Jose Manzaneda, from Cubainformación.

Cuban Ambassador to Spain, Marcelino Medina, the General Consul for Andalusia, Extremadura, Ceuta and Melilla, Irelia Lopez, and Councilman of the Benalmadena Municipality, Enrique Pablo Centella, participated in the meetings.