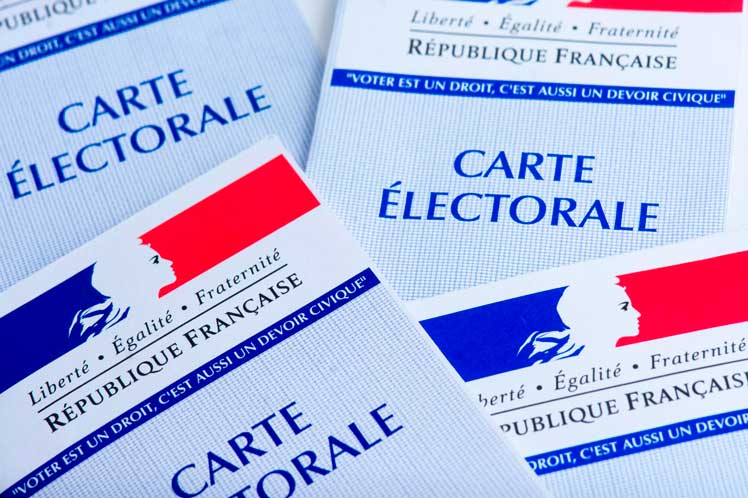 The Ipsos-Sopra Steria poll for the newspaper Le Monde showed Juntos, which groups the ruling party La República en Marcha, the Democratic Movement and Horizontes, with 28% of voting intentions, while the New Popular Ecologist and Social Union (Nupes) received 27%.

The poll therefore showed a concentration of 76% of the eventual votes in these three political organizations, relegating the Republicans, representing the conservatives, and the ultra-right Reconquista, led by the controversial Éric Zemmour.

Just a few days ago, an Elabe poll for the media BFM TV and L’Express, showed Nupes, formed by La France Insoumise and the parties Europe Ecology The Greens, Communist and Socialist, in the lead with 27,5%, followed by Together (27) and RN (21,5).

However, the surveys published so far give the triumph in the second round, on June 19, to Juntos, even with the preservation by the supporters of the re-elected President Emmanuel Macron of the majority in the National Assembly, where 289 deputies, out of 577, are needed to control the Bourbon Palace.

Specialists explain the pro-government advantage in the second round by a more homogeneous distribution of the victory options of its candidates in the French geography, while the Nupes will be favored in more specific constituencies.

Costa-Gavras’ filmography to be screened at French Film Festival

Costa-Gavras’ filmography to be screened at French Film Festival