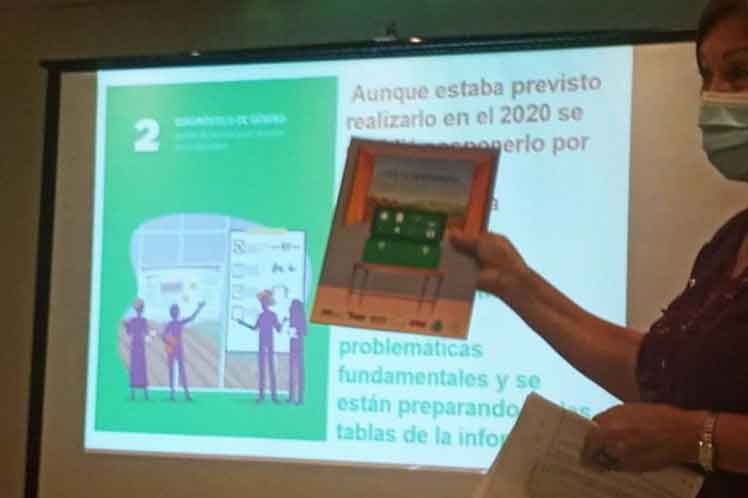 At the National Workshop of the Local Self-Supply Project for Sustainable and Healthy Food (Alass), the coordinator of the United Nations Development Program (UNDP), Edit Felipe, explained that it is a matter of priority for the development of the sector and in this ratifies a will of government.

This is expressed in the recently approved law on food sovereignty and nutritional education, which supports the relevance of the Alass project and the SAS-Cuba program, a context in which the participation of the UNDP acquires greater relevance, said the official.

Felipe stressed that innovation marks the results achieved, we must think differently and introduce new methodologies, although they may be perfectible. Today we promote, she said, that productive increases be addressed on sustainable bases, practices, adaptation measures to climate change, renewable energy sources.

It is necessary to take another look at nutritional issues when thinking about and planning what we are going to produce, she indicated.

But also, she continued, it is necessary to support the decentralization process that the country is developing in the empowerment of municipal governments.

An idea that was supported by the director of Urban and Suburban Agriculture of the Ministry of Agriculture (Minagri), Elizabeth Peña, who stressed that the actions must be aimed at achieving autonomy at the municipal level.

Meanwhile, the director of International Affairs of Minagri, Orlando Díaz, recalled that the law on food sovereignty in itself has an impact on all processes, and added that current and future cooperation projects must be aimed at the strategic objectives of the legislation.

Especially the development of local, sustainable, inclusive and resilient food systems, he stressed.

When referring to the Alass project, Díaz referred to the educational component, but warned about the need to approach it with a comprehensive vision with the rest of the components and programs.

Alass is one of the three projects included in the Country Program “Strategic Support for Sustainable Food Security in Cuba” (SAS-Cuba) and is implemented in six municipalities in the provinces of Sancti Spiritus and Villa Clara.

It also has financing of 13 million 433 thousand euros, of which 13 million provided by the European Union and the rest by the UNDP.