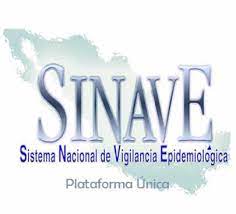 The National System for Epidemiological Surveillance (SINAVE) reported that it issued the notice so that that all medical units in the country – public or private – notify the detection of any case.

The disease is not sexually transmitted as previously said, although SINAVE itself warned about the non-existence of treatment or specific vaccine against the pox so far. It also emphasized that restrictions on international travel and trade from and to countries where cases have been identified are not recommended.

SINAVE indicated that a confirmed case of monkeypox will be one that tests positive in a real-time PCR test or through sequencing carried out by the Institute of Epidemiological Diagnosis and Reference.

Any person, of any age, with an unexplained acute skin or mucous rash that progresses from the face to the rest of the body and who presents one or more of headache, fever, lymphadenopathy, myalgias, lumbalgia and asthenia, should be considered a suspected case.

It added that a probable case will be one that, 21 days before the onset of symptoms, has had an epidemiological link, such as direct physical exposure with a confirmed or probable case in which there was skin contact, e.g. skin lesions, sexual contact or travel to a country endemic to this disease.

SINAVE explained that those who present acute rash and have been diagnosed with varicella zoster, herpes zoster, herpes simplex, measles, Zika virus, dengue, chikungunya, bacterial infections of the skin, disseminated gonococcus, primary or secondary syphilis, chancroid and others are not suspect cases.