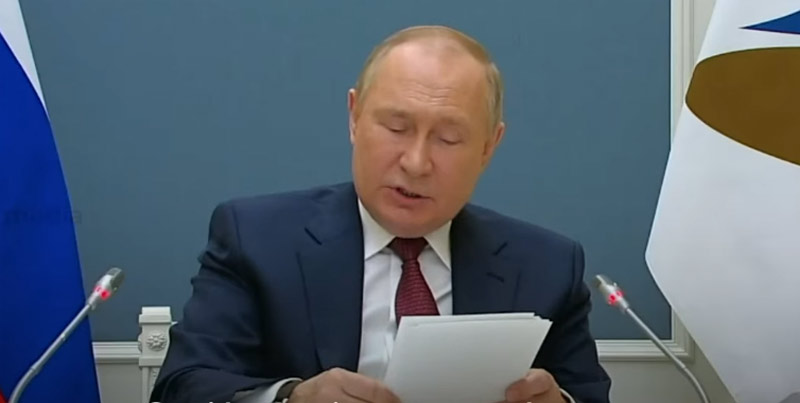 The Russian president noted in his speech by video conference at the first Eurasian Economic Forum, held on Thursday in Bishkek, the Kyrgyz capital, that many of their partners in Europe said that they would leave. He added that sometimes, when you look at those who are leaving, you say “thank God.”

According to Putin, both the country’s production and businesses have already grown under the current sanction, so they will successfully sit down and wait for their partners. Nothing will change in Russia after their withdrawal, he said.

And those who want to bring some luxury products will be able to do so, but it will be a little more expensive, the president warned, and considered the creation of new engineering centers and scientific institutions that are the basis for its growth.

In his speech, the president stressed that Russia remains the world’s largest exporter of wheat. Not long ago, we bought it and now we sell it, he emphasized, but he acknowledged that the United States and China produce more, but they also consume more.

He pointed out that the Eurasian Economic Union designed a roadmap for industrialization with more than 180 projects and a total investment of more than 300 billion dollars.

Putin added that a program for the development of agribusiness, which includes over 170 projects worth 16 billion dollars, has been prepared.

In that regard, the head of State said that the representatives of companies know that Russia has become an absolutely competitive country in world markets.

The Eurasian Economic Union (EEU) is made up of Russia, Belarus, Kazakhstan, Armenia and Kyrgyzstan, as well as Moldova, Uzbekistan and Cuba as an observer.