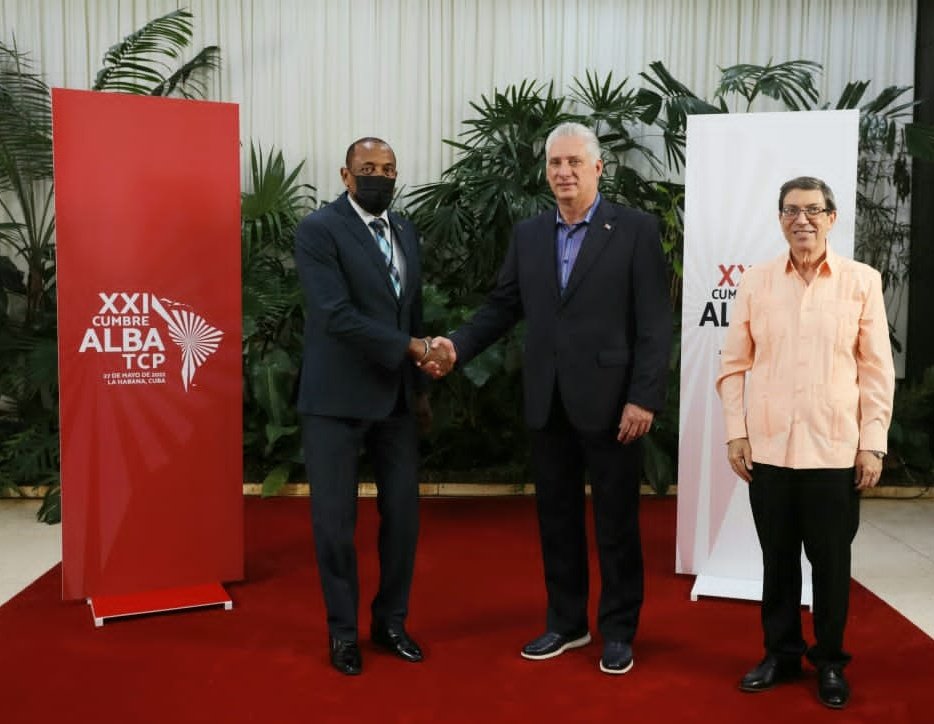 “We are here to ratify our solidarity with Cuba, Nicaragua and Venezuela,” Sydney said upon his arrival at the Palace of the Revolution, where the 21st Summit of the Bolivarian Alliance for the Peoples of Our America – Peoples’ Trade Agreement or ALBA-TCP will be held during the day.

The United States, as host of the hemispheric summit, decided to exclude Managua and Caracas, and as for Cuba’s participation, the summit coordinator, Kevin O’Reilly, said that it depends on the decision of the White House.

However, given the irregularity of the invitation process and the political background of the decisions, Cuban President Miguel Diaz-Canel said that he will not participate in the summit, which will be held in the US city of Los Angeles from June 6 to 10.

The exclusions of the 9th Summit of the Americas brought about serious divisions among the countries of the continent regarding its inclusive nature.

The announcement by White House representatives of the exclusion of the these countries was criticized and condemned by governments, political and social leaders, and political organizations such as the Community of Latin American and Caribbean States and ALBA TCP.

In this regard, President of Bolivia, Luis Arce, decided not to attend the summit, and countries of the Caribbean Community and the heads of State of Mexico, Honduras, and Argentina, among others have repeatedly urged the US government to reconsider this position.

The ALBA-TCP Summit is attended by heads of State and government, ministers and other dignitaries of the member countries of this political bloc created in 2004 with the aim of promoting development on the basis of solidarity, complementarity, justice and cooperation.

Tropical hurricane might hit Central America and the Caribbean

Atmospheric system in the Caribbean could turn into tropical storm

Cuba joins the Caribbean from UNESCO

Tropical hurricane might hit Central America and the Caribbean

Atmospheric system in the Caribbean could turn into tropical storm

Cuba joins the Caribbean from UNESCO