Cuba committed to the unity of Latin America and the Caribbean 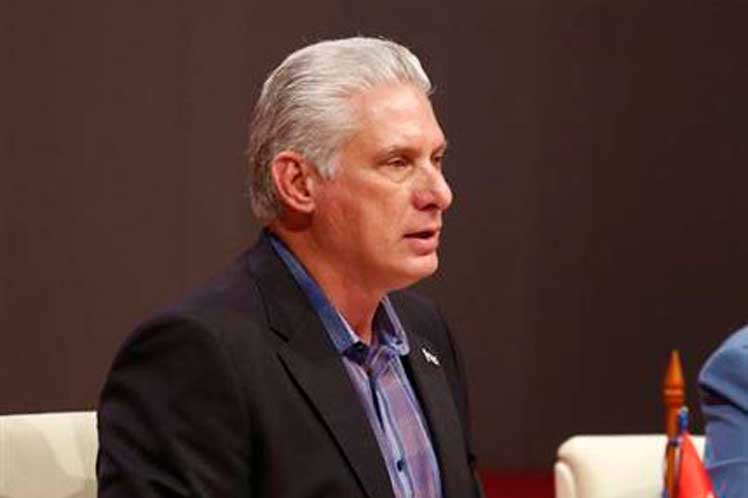 Cuba committed to the unity of Latin America and the Caribbean

When inaugurating, in this capital, the XXI Summit of the Bolivarian Alliance of the Peoples of Our America-People’s Trade Treaty (ALBA-TCP), the president stressed that it is essential to maintain a firm and articulated voice for sustainable development and the defense of sovereignty in the region.

In front of heads of state and government and representatives of the 10 countries of the Alliance, gathered at the Palace of the Revolution (headquarters of the Executive), he denounced that the United States illegitimately assumes the role of arbiter of democracy, and uses the Pan-American system as an instrument of domination.

He also rejected the policy of exclusion applied by the government of that power in the face of the IX Summit of the Americas, scheduled for next month in Los Angeles, and described the decision not to include Cuba, Venezuela and Nicaragua as a historic setback that harms the sovereignty of nations.

The United States takes advantage of its status as host in that forum to restrict the participation of countries with much to contribute to the event, he remarked.

In this sense, he highlighted Cuba’s achievements in confronting the Covid-19 pandemic supported by its health personnel and scientists, who developed their own vaccines and medicines, which they put at the service of the ALBA-TCP countries. .

Díaz-Canel evoked the positions defended by Army General Raúl Castro at the VII Summit of the Americas held in 2015 in Panama.

On that occasion, the then head of state stressed that the creation of the Community of Latin American and Caribbean States (CELAC) showed that the region can move towards unity and the realization of common objectives within the framework of diversity.

The same thing happened with the proclamation of Latin America and the Caribbean as a zone of peace, adopted in this capital in 2014 during the Second CELAC Summit, Díaz-Canel pointed out.

In his speech, the Cuban president called for changing the rules of current hemispheric relations.

Diaz-Canel recently said that under no circumstances would Cuba attend the summit called by Washington.

“We share the position of the leaders of the region who have firmly claimed that everyone must be invited on an equal footing,” he asserted.