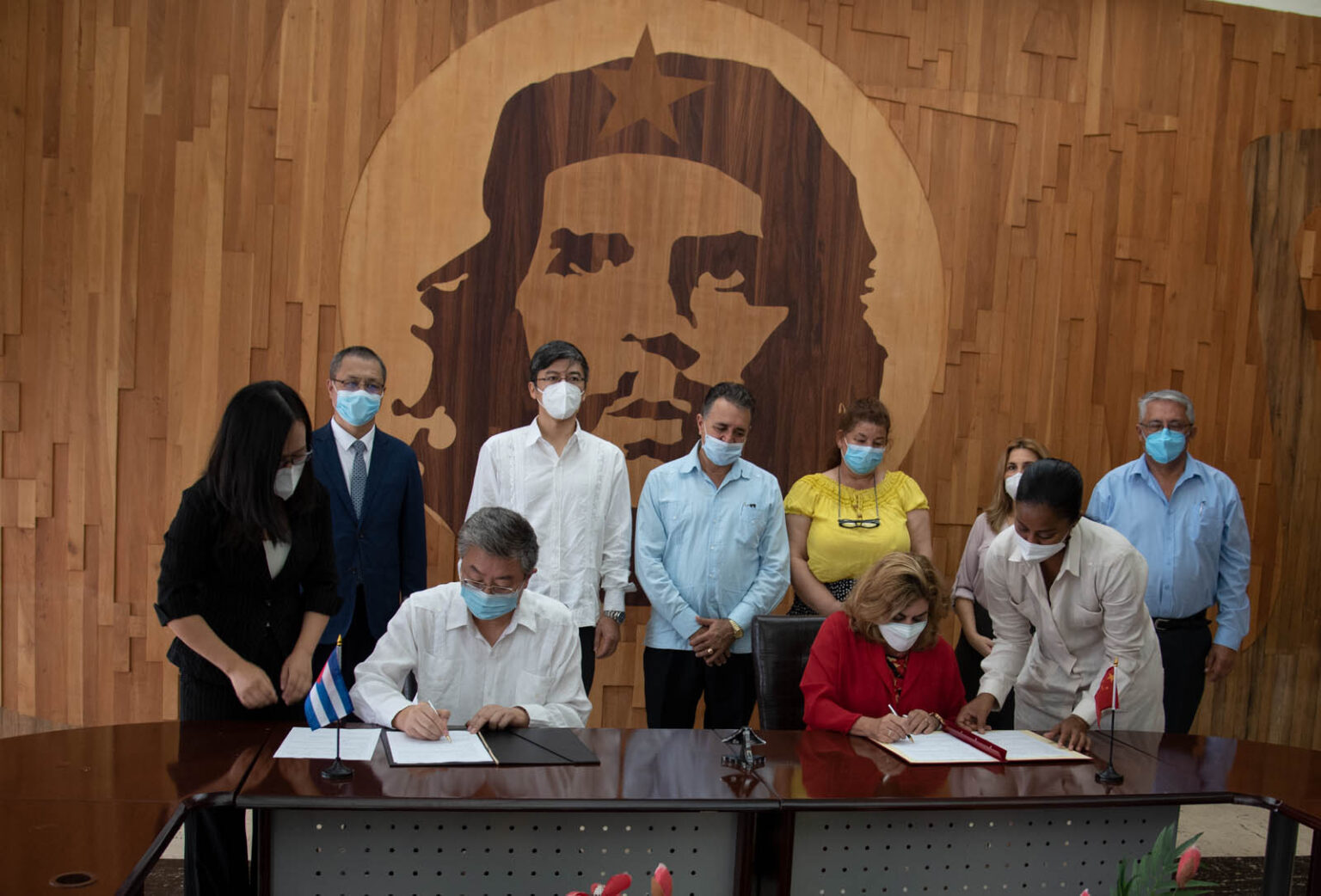 The donation acceptance certification ceremony was presided over by Deputy Minister of the Ministry of Foreign Trade and Foreign Investment, Deborah Rivas, and the Chinese Ambassador to Cuba, Ma Hui, who highlighted the social impact of solar panels in isolated communities and its contribution to combating climate change.

Hui explained that the equipment offered by the Chinese Ministry of Ecology and Environment arrived between June 2021 and April 2022, and it is a project that consists of three important points, the first to improve the life of the people with the basic contribution to the services of electricity and lighting.

Another element, he continued, is environmental protection against climate change, since both countries advocate an ecological lifestyle and promote the use of renewable energies and the reduction of greenhouse gas emissions and, lastly, South-South cooperation in the above areas.

Cuba has an enormous potential for the use of clean energy, it is so much so that not even the United States government can block the sun, she stressed.

On her part, the deputy minister of the Cuban Ministry of Energy and Mines, Tatiana Amaran, highlighted the traditional friendship and brotherhood between the peoples of Cuba and China.

Amaran recalled that the island set itself the strategic objective of producing 100 percent of the energy it demands from renewable sources, reducing dependence on fossil fuels and carbon dioxide emissions.

This is part of the national contributions to the fulfillment of the Sustainable Development Goals 2030, she noted.

Another important goal of the country is to continue the fight against climate change, a moral obligation for constituting an important element to achieve sustainable development.

To fulfill the island’s purposes, we have always counted on the support of the Asian giant, one more example is the understanding signed last December for the inclusion of Cuba in the Initiative of the Belt and the Silk Road, as well as the recent accession of the island to that energy alliance, he indicated.