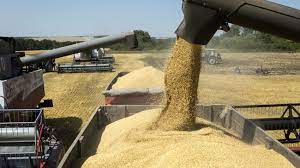 Speaking at a forum held this Friday in the city of Sochi, the senior official pointed out that in the current agricultural year, more than 35 million tons of grain have already been sent to foreign markets, of which 28.5 million tons were wheat.

“We expect exports to exceed 37 million tons at the end of this agricultural year and we estimate the potential for foreign trade next year at 50 million tons,” he said.

According to Patrushev, Turkey, Egypt, Saudi Arabia and Azerbaijan continue to be the main importers of Russian grain and he predicted that these countries will continue to be buyers of national products.

Russia exported 49 million tons of grain in 2020-2021, of which wheat accounted for 38.4 million tons, the TASS news agency reported.

This Friday, the Russian president, Vladimir Putin, described as unfounded the attempts to transfer responsibility to Moscow for the difficulties in supplying agricultural products to world markets, in a telephone conversation with the Austrian Federal Chancellor, Karl Nehammer.

He pointed out that the real reasons for the international food security problems “emerged, among other things, from the anti-Russian sanctions of the United States and the European Union.”

The day before, also by telephone, Putin told the Italian Prime Minister, Mario Draghi, that his country is ready to offer an important contribution to overcoming the food crisis by exporting cereals and fertilizers, provided that restrictions are lifted for reasons policies imposed by the West.