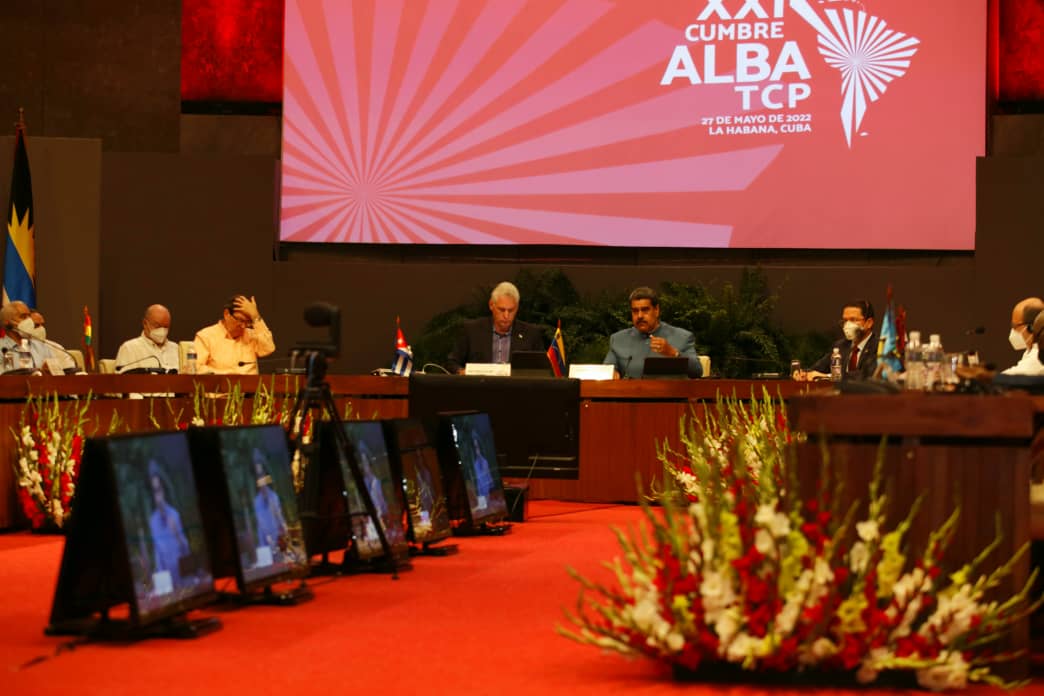 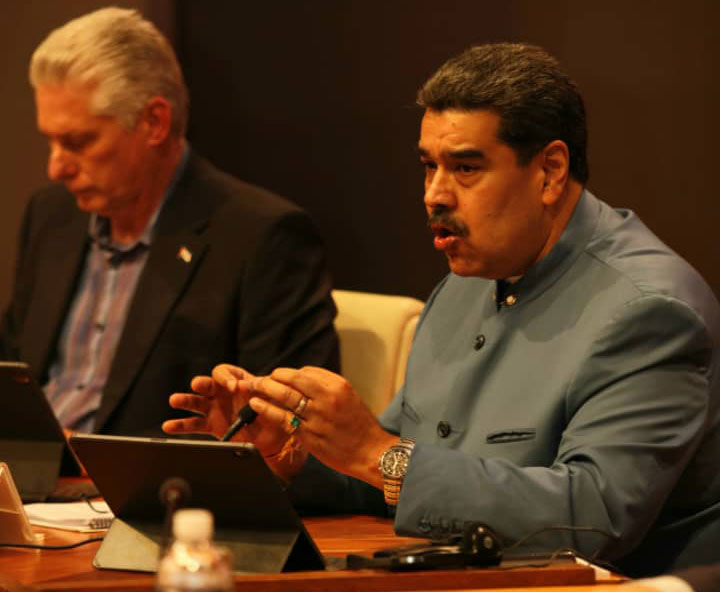 Speaking at the 21st Summit of Heads of State and Government of ALBA-TCP, held at the Palace of the Revolution, in Havana, the president condemned Washington’s claims to exclude from the upcoming regional meeting the peoples and legitimate authorities of Nicaragua, Cuba and Venezuela.

In this regard, Maduro asserted that the current meeting of the Bolivarian Alliance for the Peoples of Our America-Peoples’ Trade Treaty will approve a forceful declaration against an empire that seeks to divide the region through intrigues and threats.

The dignitary stressed that the ALBA-TCP has a clear doctrine on relations between the countries of the area, based on the Bolivarian and Latin American thought shared between nations that debate among equals and without an exclusionary spirit.

“We have discussed the erratic convening of the so-called Summit of the Americas, (where) the peoples of Nicaragua, Cuba and Venezuela are intended to be excluded from that meeting; we have confirmed the enormous power of the Latin American and Caribbean conscience, the general protest of governments and peoples against the exclusion of these countries,” Maduro asserted.

In this regard, the Venezuelan president thanked the “firm and brave voices” of the Caribbean Community (Caricom) states, and the presidents of Mexico, Andrés Manuel López Obrador, of Honduras, Xiomara Castro; from Bolivia, Luis Arce; and from Argentina, Alberto Fernandez.

The president of Venezuela also reiterated the commitment of the South American nation with the union and integration of the countries of the continent, within the Community of Latin American and Caribbean States (CELAC).

“Over the course of these years, we have seen the expansion of the concept of union, equality, fraternity, in the Latin American and Caribbean doctrine, in CELAC, which is our community, our space,” stressed the head of state.