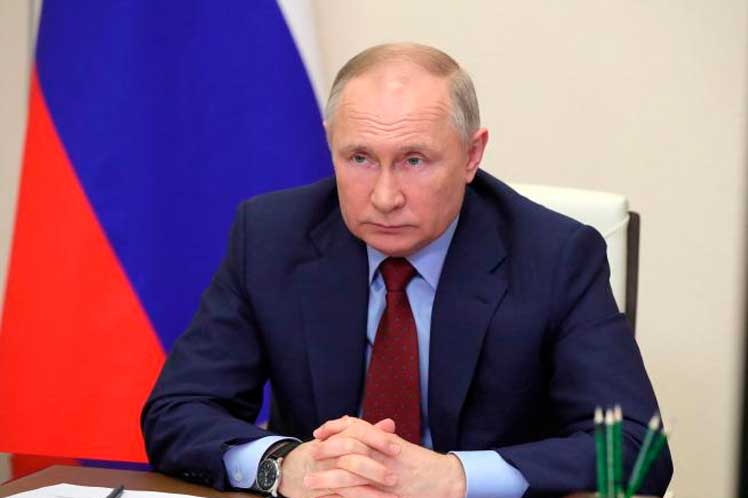 Speaking Friday via videoconference at the meeting of the Supreme Eurasian Economic Council in the Kyrgyz capital Bishkek, the Russian head of state noted that the interest in the EEU of many foreign partners is quite evident.

He noted that “it is gratifying” that this is happening, despite the complicated international situation, the confrontation unleashed by the collective West, and “our ill-wishers trying to put all kinds of obstacles to our integration”.

According to Putin, the Eurasian bloc took a number of urgent measures to minimize the impact of foreign sanctions, improve the sustainability of economies, strengthen macroeconomic stability, and help entrepreneurs and the population.

He explained that the Eurasian Economic Commission has already approved more than 30 anti-crisis measures that “undoubtedly have an effect”.

He added that in the sphere of customs regulation, three packages of initiatives were approved since last March to reduce to zero the tariffs on over 1,600 import items, which could save buyers about 800 million dollars in the next six months.

The Russian head of state pointed out that the requirements of UEE technical regulations were adjusted and the threshold for duty-free imports of goods for personal use was raised to 1,000 euros in order to keep prices low.

He noted that measures are also being implemented to substitute imports and deepen industrial cooperation among the Union’s members in such strategic industries as civil aviation and pharmaceuticals; and an interstate program for the expansion of electronic infrastructure within the EEU is being prepared.

The Russian President stressed that work is continuing on the digitization of logistics corridors, the introduction of high-tech services for customs administration, as well as the development and improvement of e-commerce in the economic bloc.

In another part of his speech, Putin drew attention to the need to prioritize issues related to food security due to the difficult situation the world is going through.