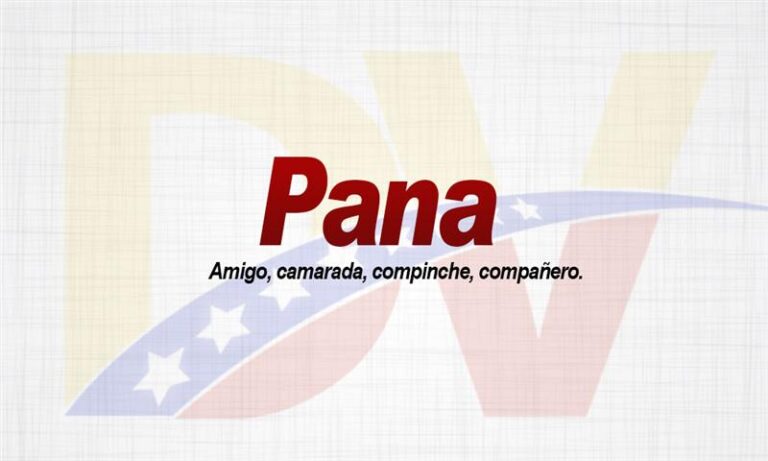 Both definitions could seem the same in thecountry, although they are not. The first one is used to call that person with whom you have an affective bond and whom you love, but the second one implies more than that.

For Venezuelans he or she is an unconditional person whom you can always count on, you take home and share food or even your bed if necessary, your “buddy”, “carnal” or “brother.”

Though the term is also used in Colombia and other South American and Caribbean nations with the same connotation, sentimentally it doesn’t have identical implications. And it turns out that when someone in Venezuela says “this is my pana,” without a doubt, you earned a place in his “Olympus” and as of that time all doors are open.

Being in that category gives you the right to call anytime, share secrets, have the certainty that that person will always be there for you and the other way around.

There are several versions around the word’s origin; some are linked to that autochthonous word that means family member orpanaca (family) and others say it derives from the English term partner.

However, the most known version says it emerged in Caracas in the 1960s, when young people gathered to drink coffee in bakeries –for Venezuelans coffee with bread or pancakes is sacred-, thus those who met there began to be called like that, perhaps because of the place or “being a ‘pan’ (piece of bread)”, or good people.

Actually where the terms comes from doesn’t matter, or the social status or cultural level either, any time when you hear “he or she is my pana”, it carries the implicit message of infinite loyalty that no everyone can earn.