Cuban hero who fell in Bolivia is remembered 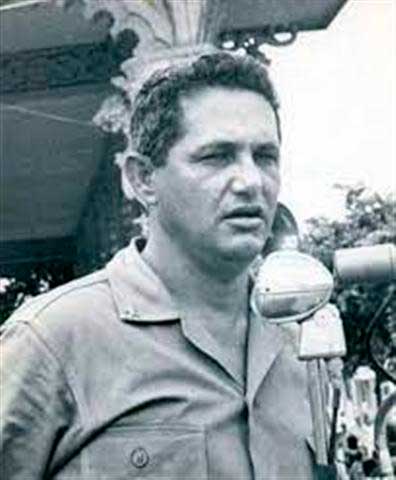 Cuban hero who fell in Bolivia is remembered

The historian Juan Carlos Rodríguez reviewed the life of the hero, linked to the revolutionary process from the insurrectionary stage in the 50s of last century.

In Pinares we have the typical stubborn and determined Cuban in replying to the leader of the Revolution, Fidel Castro, when he refused to join the bearded guerrilla in the eastern Sierra Maestra because he did not know where he came from, he said.

If you don’t accept me here, I’ll go to that other hill and rise there, was the phrase that Pinares, then 30 years old, gave to the head of the July 26 Movement, the scholar recalled.

Political and government authorities, combatants from the Ministries of the Interior and the Revolutionary Armed Forces, friends, relatives and colleagues of Pinares attended the tribute during which the militant card of the Communist Party of Cuba was delivered to a group of young people.

At dawn, the people of Pinar del Río placed floral offerings before the monument erected in memory of the hero who also assumed responsibilities in Pinar del Río and attended the screening of a documentary that shows the new generations the qualities of the guerrilla, the military leader and internationalist.

Antonio Sánchez, of humble origins, was born in Pinar del Río on December 7, 1927. He was an agricultural worker and also a builder. In 1957 he joined the fight in the Sierra Maestra where he was promoted to captain by Fidel himself. He later received from Camilo Cienfuegos the rank of commander for his courage and dedication.