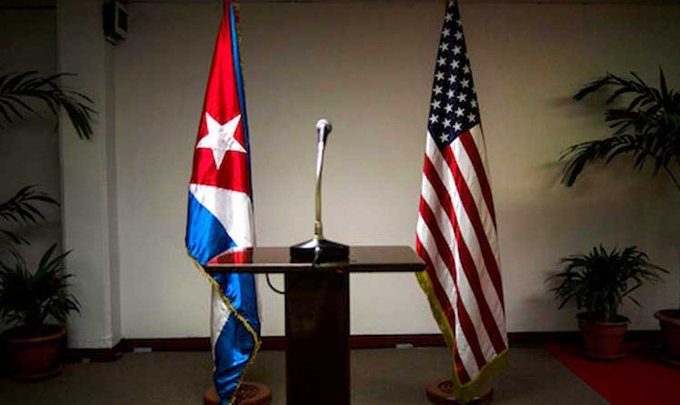 “Let Cuba Live!” expressed in the letter voters and interested persons from the San Francisco Bay area addressed to the Speaker of the House of Representatives, California Democrat Nancy Pelosi.

Among the signatories are the distinguished professor emeritus and writer Angela Davis; San Francisco Oversight Board Chairman Shamann Walton; Gayle McLaughlin, former Mayor of the City of Richmond and Poet Laureate Togo Eisen-Martin.

In the letter paid for by the Bay Area Cuba Saving Lives Committee, they ask Pelosi, who will seek reelection in the midterm elections next November, to consider that it is time to forge a new path in relations between the two countries.

“We urgently and publicly appeal to you (Pelosi), a representative elected from San Francisco” so that, in your capacity as national leader, you urge Biden “to reverse the 243 coercive measures that the Trump administration (2017-2021) added to the long-standing blockade imposed by the United States.

Remember that the Democratic Party Platform of 2020 demanded the relaxation of that unilateral fence on the island and the campaign of the then candidate revolved around this issue.

However, “the Biden administration has kept Trump’s policy in force almost in its entirety, even during the epidemic that hit the planet.”

The signatories note they are encouraged by “the fact that on May 16, 2022, the administration has taken three limited steps toward ending Trump’s policies.”

With a stroke of the pen –they insist-, Biden could right now sign an executive order and reverse all the measures imposed by his predecessor.

The letter emphasized that in July 2020, following the call launched by the Campaign to Save Lives, the San Francisco Board of Supervisors made that city the first major city in the United States to unanimously pass a resolution in favor of medical cooperation with Cuba.

In addition, he demanded the lifting of economic sanctions and the travel ban.

Other similar resolutions were endorsed in Berkeley, Oakland, Richmond, Santa Cruz and Sacramento, for a total of 48 national jurisdictions.

In recent weeks, people living in the San Francisco Bay area and throughout the United States donated six million syringes to support vaccinations against Covid-19 with drugs developed by the Cuban biotechnology industry itself.

In turn, they believed that the most recent decision by the White House to exclude Cuba, Venezuela and Nicaragua from the Summit of the Americas to be held in Los Angeles from June 6 to 10 “is a step backwards that must be reversed immediately.” .

At the same time, they urged to stop the actions of the United States Government that try to provoke “a change of regime” in the largest of the Antilles.