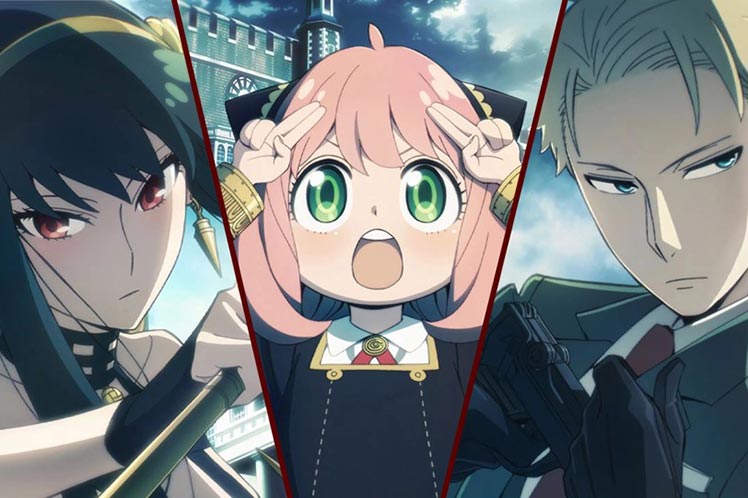 Generally speaking, they were films in which the good were bulletproof and the evil ones were always the same: Russian, Chinese or east German, of course.

That avalanche produced many easily forgettable titles. But also served Tatsuya Endo to create Spy x Family, the funny James Bond parody which, apart from being a mockery of a world polarized and divided by the iron curtain, further strengthens the idea with an unusual formula: what would happen if a spy’s hardest mission was to form a family.

The manga series, whose anime is one of the current season’s sensations, begins with a new mission for Twilight, the Westalis super-agent, who in order to prevent the conflict between two countries and get closer to a very difficult target,he must create a new home as a cover.

The only problem is that the daughter he adopts can read the minds of people around her, while his wife turns out to be an experienced hired killer.

From then on, it’s impossible not to smile at the mess and confusion caused by the characters’ many lies. Because, amid flying kicks, international intrigues and gadgets of all kinds, Spy x Family is also a delightful comedy on a family which tries its best and in which one of its members worries a lot about the others.

Although in this case little Anya is the funniest character with the most memorable moments and many expressions that swing the spectator from laughter to emotion, and the other way around.

It’s worth recalling that behind the technical crew in the series is Wit Studio (Ousama Ranking) and Clover Works (Sono Bisque Doll wa koi wo Suru), which only means something: whenever necessary, animation will reach exceptional heights.

But far beyond that and a captivating idea, what’s best in Spy x Family, are its main characters. The Forger’s have a fabulous chemistry and at this point you just want everything to go well for them and watch hundreds of their episodes taking a walk, sharing household chores or anything else worldly.

And it turns out that with Spy x Family you come and sit down for the spies, but stay spellbound in front of the screen for the family.

By Ariel B. Coya