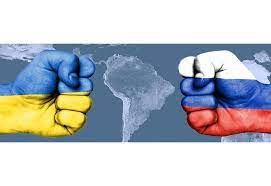 The report of the Economic Commission for Latin America and the Caribbean (ECLAC) entitled Repercussions in Latin America and the Caribbean of the war in Ukraine: how to face this new crisis?, emphasizes that the region is facing a combined process of economic problems. These are the international financial crisis of 2008, the economic tensions between the United States and China, and the pandemic, he listed.

The fundamental regional problems, adds the text, are the strong economic slowdown, increases in inflation and a slow and incomplete recovery of the labor markets.

This will increase the levels of poverty and extreme poverty, with an increase from 7.8 million people to the 86.4 million whose food security is already at risk.

In the report presented by the interim executive secretary of ECLAC, Mario Cimoli, it is highlighted that after the economic expansion of 2021 -6.3 percent of regional GDP-, in 2022 it is expected to reach 1.8, a slow trend in the 2014-2019 growth pattern.

Advances in vaccination, fewer restrictions on mobility and the reopening of schools will promote a recovery in labor participation, especially among women, the most affected during the pandemic.

However, there will be an increase in the unemployment rate due to the joint action of higher labor participation, low growth and job creation.

At the same time, many central banks expect inflation to remain elevated for the rest of the year, the document added.

According to the agency, the slow growth and acceleration of inflation, poverty and extreme poverty will rise above the estimated levels for 2021.

This will mark an incidence of regional poverty, which would reach 33.7 percent, while extreme poverty would reach 14.9.

This result reflects the sharp increase in food prices, and these levels are well above those observed before the pandemic, and imply another setback in the fight against poverty, emphasizes the ECLAC report.