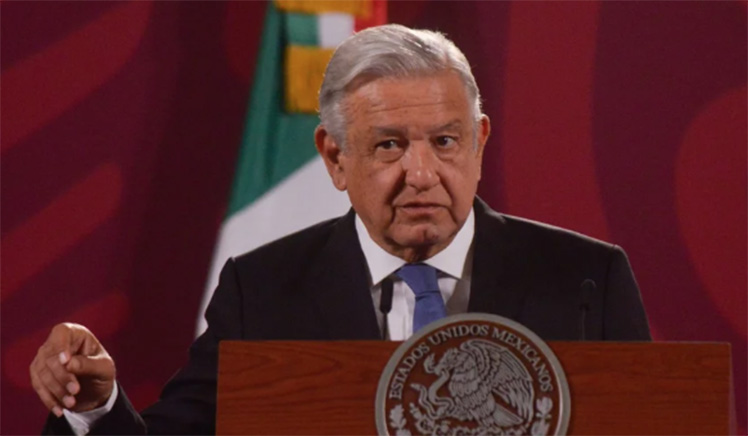 Mexico City, Jun 7 (Prensa Latina) President Andres Manuel Lopez Obrador on Tuesday reiterated that Mexico cannot be used as a piñata, when assessing its absence at the Summit of the Americas because Cuba was not invited.

Asked about the summit in Los Angeles convened by Joe Biden, the Mexican president once again criticized the economic, commercial and financial blockade of the United States against Cuba and strongly condemned the political commitment of people who travel to that country to solve family problems that have nothing to do with the old relations of more than 60 years ago.

He said that it must be understood that these are different times, we must seek brotherhood and not live off the pain of the people. A blockade for a country that cannot purchase food or medicines because the company that sells them is punished, or the ship that carries them is vetoed, is unjust.

They declare without any basis that Cuba is a terrorist country and with that, no agreement can be made, no one can travel, so, what kind of Summit of the Americas is this?, what is the point of holding it?, Obrador asked, and denounced that there are people who are successful with that policy.

I respect Joe Biden but I do not share his position because this should no longer be allowed, it is time to say enough, Obrador said.

He criticized the prominence of outdated criteria over Cuba that date back to the times when President Kennedy was assassinated, and then a group of powerful people benefiting with that wrong policy, but it needs to be put aside and changed, to emerge from the decadence.

He repeated that in that case, they will not let that Mexico is used as a piñata.

There are 40 million Mexicans in the United States who have a lot of influence in the electoral processes, ten times more than the Puerto Ricans and the Cubans who are minorities.

He also stated that this is one of the things he will discuss again with Biden during his trip to the United States in July, where he will address all these issues without the pressures and without this unfortunate and shameful matter of the summit, and we will also talk and deal with the issue of the regularization of our fellow countrymen in that country.