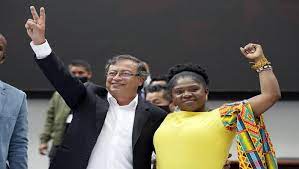 In order for Colombia to be a “World Power of Life”, as its slogan says, it is necessary to carry out deep transformations to face the emergency caused by climate change and the loss of biodiversity, emphasizes the project of this coalition of alternative and left forces.

“This implies moving towards a productive economy based on respect for nature, leaving behind the exclusive dependence on the extractivist model and democratizing the use of clean energies”, its governmental project about which it talked yesterday with miners of Boyacá and cab drivers emphasizes, in addition to the labor rights of both groups of workers.

These actions will contribute to generate national capacities to face the effects of climate change and thus overcome the global environmental crisis that puts at stake the life and survival of the human species, he emphasizes.

He points out that climate change deepens inequalities, compromises food security and sovereignty, aggravates public health conditions, exacerbates environmental conflicts that accelerate deforestation and the deterioration of huge areas of the country such as the Amazon.

It also depletes water, threatens biodiversity and amplifies the occurrence and consequences of disasters, he adds. “In the face of the destruction of the economy and the politics of death, we will advance in the reestablishment of the reproductive balance between society and the environment with social justice,” he stresses.

He stresses that, in the face of the politics of death, if he wins the second round of elections on the 19th, his government will establish a new relationship between society and nature, where the defense of life prevails over the interests of economic capital.

Lula and Bolsonaro to runoff for the presidency of Brazil

Lula and Bolsonaro to runoff for the presidency of Brazil