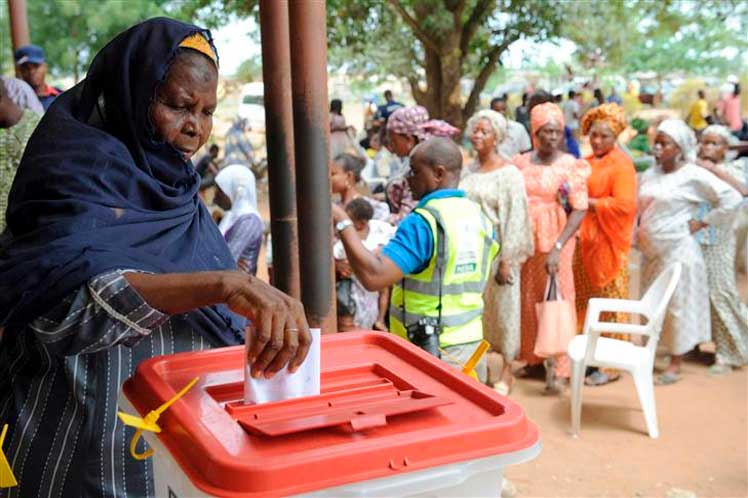 So far the vote is dominated by the leader of the force and former governor of Lagos State, Asiwaju Bola Tinubu, with more than 750 votes of the 2,300 delegates present at the Eagle Square in Abuja, the capital.

He is followed by former Rivers State Governor and former Minister of Transport Rotimi Amaechi, with 143 favorable ballots, and Vice President Yemi Osinbajo (103).

President Muhammadu Buhari, who will take office in May 2023 after serving his two terms, called the day before to ensure the unity of the party in the face of the challenges of fighting violence and terrorism in this country, the largest in Africa, with more than 200 million inhabitants.

The primaries began the day before and the chosen candidate should have been known last night, but the voting was delayed and the result is expected in a few hours.

In addition to the presidential candidates in the race, there are 11 other contenders, since nine withdrew, including one woman, Uju Kennedy-Ohnenye.

The winner will face opposition leader and former vice president Atiku Abubakar, 75, for the Peoples Democratic Party. It will be his sixth attempt to reach the presidential chair.

The elections will be held on February 25 next year. The members of the National Assembly (parliament) will also be chosen on that day.

Two weeks later, on March 11, voters will have to choose governors and governorate parliaments.

Early last month, former governor Goodluck Jonathan declined to run as a pre-candidate as a contender for the ruling force.

People in Senegal demand to postpone announcement of election results

People in Senegal demand to postpone announcement of election results