Travel-remittance regulations to Cuba not change essence of blockade 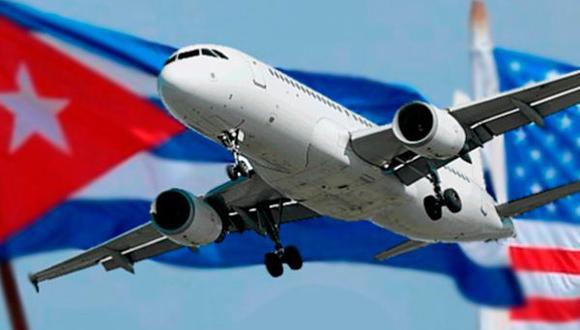 Travel-remittance regulations to Cuba not change essence of blockade

Havana, Jun 9 (Prensa Latina) Thursday's publication of the new regulations on US travel and remittances to Cuba do not constitute a significant change in the essence of the US economic, commercial and financial blockade against the Caribbean nation.

In May, US President Joseph Biden announced the lifting of several restrictions concerning the island, which was part of his electoral campaign promises; however, this does not mean that the most aggressive aspects of the more than 200 measures imposed by Republican Donald Trump during his term in office loss validity.

With the publication of these new guidelines in the Federal Register today, the possibility that US citizens can travel to Cuba is effective, but always in groups, for educational purposes and under certain restrictions.

US citizens continue to be unable to engage in tourism on the island, and the transactions related to their trips remain restricted.

With respect to remittances, the cap of 1,000 dollars every three months has been eliminated, but the characteristics of this process, which requires special licenses for the operation of the US companies involved, have not been specified. These measures join others such as the lifting of the ban on flights to other Cuban cities, except Havana, which made difficult during the Covid-19 pandemic that US citizens and residents could contact their relatives in Cuba.

Cuba has pointed out that these are very limited steps in the right direction because the coercive actions remain in force, many of them with an extraterritorial nature, which are part of the legal framework of the US blockade.

Upon announcing the change in his policy towards Cuba, Biden also referred to the possibility that the United States authorizes investments in the non-state sector, but the way in which this measure will be implemented has not been revealed.

During his term, the Democrat president has maintained the bulk of the measures implemented by his predecessor Donald Trump, who approved a presidential policy in 2017 to tighten the economic sanctions against the Caribbean nation, even amid the pandemic.

The implementation of this package of actions this week coincides with the heavy criticisms to the Biden administration over Cuba’s exclusion from the Summit of the Americas, based in Los Angeles, California.