Another shipment with donations from Sevilla to Cuba 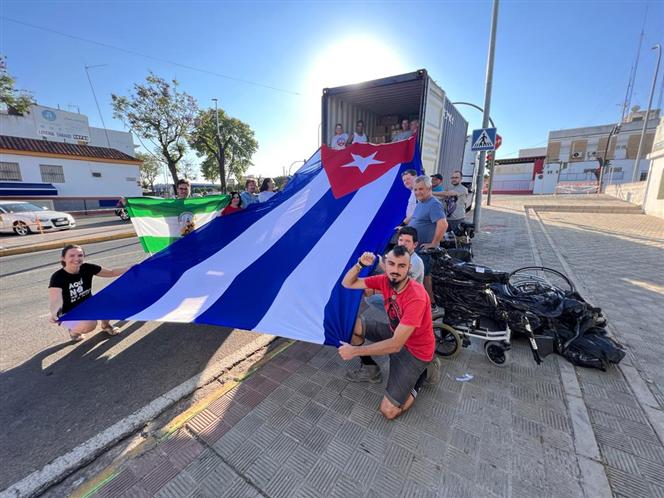 Another shipment with donations from Sevilla to Cuba

Aimed at Cuba’s public hospitals, the shipment, worth 160,000 euros, will join the campaign “Tons of solidarity against the blockade against Cuba.”

Jose Manzaneda, coordinator of Cubainformación, told Prensa Latina that this action, monitored by the State Movement of Solidarity with Cuba (MESC), is keeping its planned pace across Spain.

The 20-feet container, which weighs 3.5 tons and will be sent to MINSAP (Cuba’s Ministry of Public Health), contains a donation of two major generic antibiotics (amoxicillin and azithromycin), in several formats.

It also contains medicines for the elderly and children, against heart diseases and diabetes, surgical materials, elements for rehabilitation and orthopedics, wheelchairs, walking frames, dentistry diagnostic machines and diapers.

The Jose Marti Cuban-Andalusian Cultural Society, the “Tocororo” Association of Cuban Residents in Andalusia, the Provincial Union of the Workers’ Commissions of Seville, SODEPAZ-Andalusia and the PCE and PCTE parties, took part in the donations.

A number of anonymous people and healthcare centers, such as the San Agustin Clinic from Dos Hermanas, contributed to the success of this initiative.

Cuba decrees official mourning for those killed in Matanzas fire

Remains of 14 people missing at Matanzas fire cannot be identified

Cuba decrees official mourning for those killed in Matanzas fire

Remains of 14 people missing at Matanzas fire cannot be identified