Mexico questions results of US summit on immigration 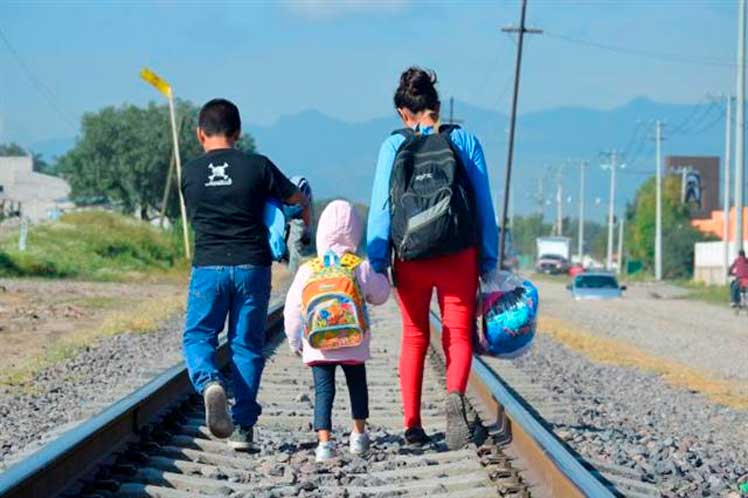 Mexico questions results of US summit on immigration

The daily analyzes the Los Angeles Declaration on Migration and Protection, focused on sharing responsibilities in the management of the migratory flow, in which the United States evades its total responsibility in this crisis and offers a handout.

It states that the United States commits itself to take in 20,000 refugees from Latin America in 2023 and 2024, as well as disbursing $314 million in aid for migrants in the region, which the newspaper reckons as insufficient.

President Joe Biden’s administration also offers to “increase” the reception of Haitian refugees, but does not provide figures, and will grant 11,500 temporary work visas to citizens of that nation and Central American countries.

Washington’s offers could not be more distant from what is required to deal with the migratory issue, and are a perfect example of where the superpower’s priorities lie, the daily stresses.

The amount of aid for migrants represents less than one percent of what it will allocate in a single support package to continue the war actions in Ukraine, and the number of Latin American refugees to whom it will open its doors is one fifth of the Ukrainians it will receive.

According to official data, 7,500 migrants try to cross the border with the United States every day; last April 234,000 were detained in the border strip, and 1.8 million have been expelled in an expeditious manner since March 2020.

The summit took place amid calls to rebuild continental relations on democratic bases and respect for sovereignty, and Washington’s stubbornness in its unsustainable pretension to “guide” the internal affairs of its southern neighbors.

In this sense, it was unavoidable to reiterate the rejection of one of Washington’s policies that generate the greatest uneasiness in America and the world: the illegal and inhuman blockade of Cuba, the editorial concludes.