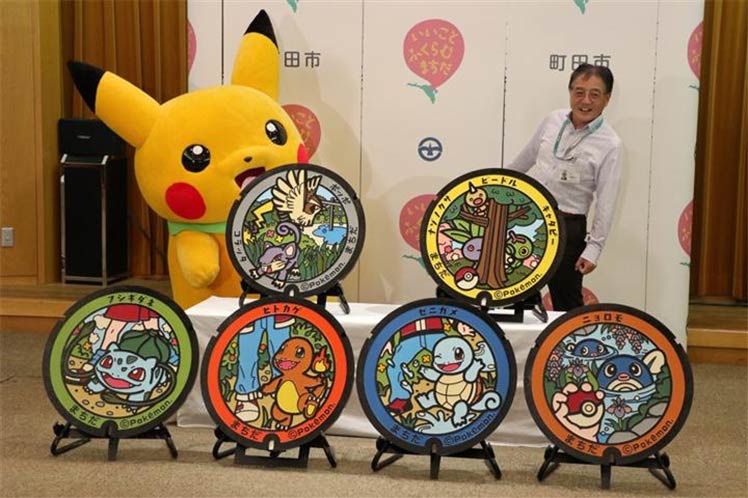 However, in eccentric Japan, some national cultural forms reach the most unsuspected areas, even under our feet if we are lucky to stand on the unique and picturesque manhole sewer lids.

Thanks to their eye-catching designs, nearly 12,000 iron pieces that indicate the entrance to the residual water tunnels in the Asian nation are a local pride.

Castles, flowers, fish, rice fields, bridges, Mount Fuji, festivals, comic characters, videogames or anime scenes, commemorative texts and another group of identity symbols are waiting for you on the streets of almost all Japanese municipalities.

The idea of stylizing the covers, manhoru in Japanese, emerged in the early 1980s. The government strategy was aimed at drawing the attention of taxpayers concerning a new sewage system and getting them to understand how high the instrastructure’s costs were.

Already in the 21st century, the lids went beyond mere visual delight. Their impact also went beyond the boundaries of art to become a tourist attraction and a profitable segment exploited by the marketing industry.

In view of its growing popularity, the Ministry of Land, Infrastructure and Transportation began in 2014 the Manhole Sewer Lid Summits, a much-expected event for fans, who are called “manholers”.

The biannual gathering encourages the exchange of opinions on drainage networks, while participants buy souvenirs, dorayaki cakes patterned with the iron pieces or enjoy other attractions linked to the field. With a game named Manhole Card, designed in 2016 by Yamada Hideto at the request of the Japanese Government, the event’s popularity has skyrocketed. The initiative gathers thousands of collectors, who should visit places in which they can find lids to obtain cards with the geographic coordinates, information and photos of the desired item.

The successful Pokémon Go franchise for mobile devices also turned several manholes into ‘pokestops’, with some of the most emblematic pocket monsters on some lids.