Cuba and the European Union identify potentialities for cooperation 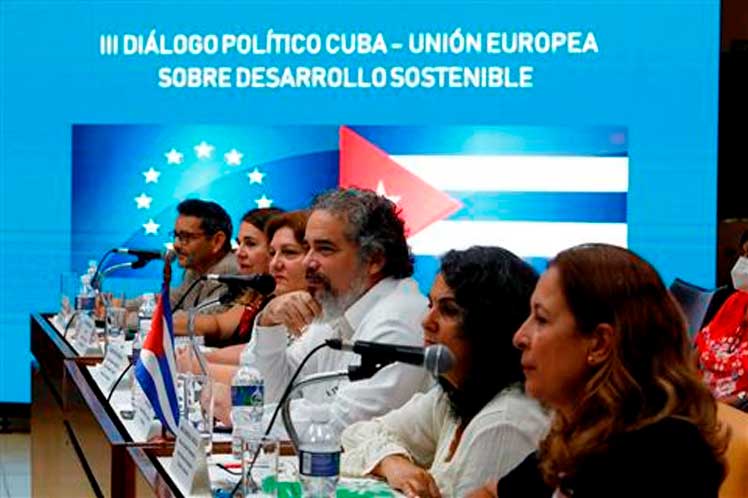 Cuba and the European Union identify potentialities for cooperation

In the third round of the Cuba-EU Political Dialogue on Sustainable Development, held the day before at the headquarters of the Foreign Ministry in this capital, the representatives reaffirmed their commitment to international collaboration and the promotion of new projects.

The delegations agreed to describe the talks as broad and fruitful and agreed to continue them within the framework of the Political Dialogue and Bilateral Cooperation Agreement, states the website of the Ministry of Foreign Affairs, Cubaminrex. The Cuban representation emphasized that the economic, commercial and financial blockade imposed by the Government of the United States against Havana constitutes the main obstacle to the achievement of the Sustainable Development Goals and the implementation of the National Plan for progress until 2030.

The European counterpart, chaired by the director for Latin America and the Caribbean of International Associations of the European Commission, Jolita Butkeviciene, reiterated the position of the Union contrary to this policy.

The EU also reported on several projects and strategies implemented by the community bloc, such as the Global Gateway, related to collaboration in the development of infrastructures; and the Green Deal, a plan to face the challenges related to the climate and the environment.

The Cuban delegation was headed by the General Director of Multilateral Affairs and International Law of the Cuban Ministry of Foreign Affairs, Rodolfo Benítez, and officials from other organizations on the island, the European Foreign Action Service and accredited diplomats participated in the meeting.

Recently, Cuban civil society organizations debated in this capital on the Sustainable Development Goals together with representatives of the European Union, as part of the Third Dialogue between both parties.

Also last Friday, the parties participating in the IV Mutual Cooperation Subcommittee, held at the National Hotel in the capital, ratified the importance of international collaboration to face the challenges that threaten humanity and the existing complex socioeconomic situation.