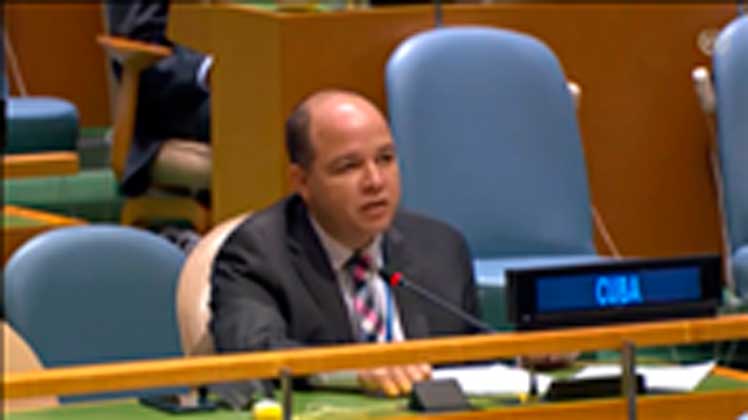 Cuba’s Alternate Permanent Representative to the United Nations Yusnier Romero also expressed his country’s commitment to a just, lasting and mutually acceptable solution to the conflict in that region.

All this in accordance with the resolutions by the multilateral organization on granting independence to the colonial peoples, the Cuban diplomat said on Monday, during a session on the Question of Western Sahara.

Romero stressed that the international community must commit itself to the implementation of the United Nations resolutions and decisions about this issue.

In addition, he said, Cuba stands in solidarity with the struggle of the Saharawi people to exercise their legitimate rights.

The ambassador referred to the support given by his country to those people, as since 1976, more than 2,000 Saharawi students have graduated from higher studies in Cuban universities.

Currently, he continued, more than 70 young people from that territory are studying in educational centers of the island, while a medical brigade and a brigade of Cuban teachers of basic education are working in the Tindouf camps, in southwestern Algeria.

In February 2022, Romero explained, Cuba donated a batch of 458,000 doses of Soberana 02, one of the homegrown Covid-19 vaccines, to immunize the Saharawi children.

For 58 years, the United Nations Committee on Decolonization declared Western Sahara as a non-self-governing territory.